The health tech opportunity being squandered 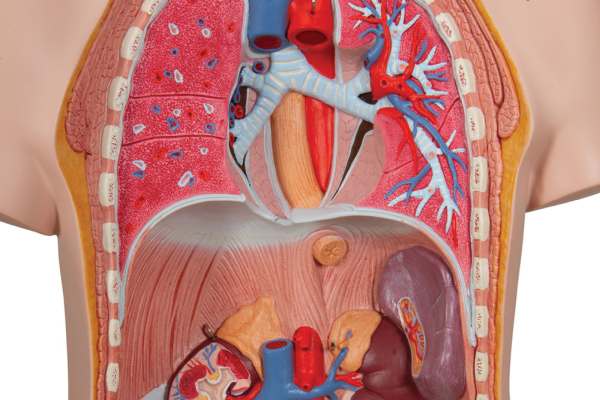 An Australian venture capital company has sounded a warning for the local science community, saying life science technology companies – aka health tech companies – are missing out on millions of dollars of funding thanks to an inability to communicate.

Software companies, however, can communicate the benefits of their proposed technology and the impact it could have to investors, and are garnering the lion’s share of funding – 70 percent of VC funds, in fact. Life sciences meanwhile gets just 15 percent of the pot, with other categories such as hardware, clean energy and advanced manufacturing attracting even less.

“Life science companies should be hitting the ground running, lest they miss out on opportunities.”

Stoic’s comments come against a backdrop of increased interest in the life sciences domain, with the Covid-19 pandemic highlighting the importance of the sector and the wider issue of the state of healthcare systems around the world.

Neither New Zealand nor Australia are strangers to the life sciences sector. Startup Genome’s Global Startup Ecosystem Report 2020 flagged life sciences as a key sector for both countries when it comes to startups. In New Zealand the health tech sector has revenue of $1.9 billion and is growing rapidly, with a five-year CAGR of 9.1 percent. The 2019 TIN Report notes that 15.4 percent of the overall TIN200’s $12.1 billion revenue comes from health tech, making it the the largest tech sub sector in New Zealand. while Across the ditch, Melbourne alone is home to more than 180 life science organisations equating to around US$12 billion in economic activity. It also has two top 20 universities in the global biomedical rankings.

But if New Zealand and Australia have the health tech nous, we’re lacking in the talk.

“There are some high potential life science startups out there, but they’re failing to adequately capitalise on available funding,” Waring says.

“Life science companies must make clearer their relative advantages for investment if they are to attract a greater share of funding,” he says.

Key, he says is clearly conveying the value proposition, not just to investors and grant providers, but also to regulators, marketers and media.

“People must be able to easily understand the unmet need and the impact it will have on their quality of life or standard of care.”

But it’s not just communications that need brushing up, Waring says.

He points the finger at a lack of commercially-minded leadership – with the skillset to talk the same language as investors, rather than academia – and a lack of early alignment with acquirer’s needs.

“Some life science companies don’t survive, not because they aren’t safe or effective, but because they did not meet big pharma’s other needs,” Waring says. It’s a costly mistake and one easily avoided by communicating more with pharmaceutical companies early on to better understand market opportunities.

That early engagement flows through to interaction with stakeholders with Waring urging companies to interact more and early on with investment bankers for potential acquisition.

It’s something he says many companies are wary about doing.

“With intellectual property secured, life science companies should be hitting the ground running, lest they miss out on opportunities that often arise by network building,” he says.

In February, New Zealand’s Callaghan Innovation launched a new HealthTech Activator to coordinate health tech support resources an data across the ecosystem with an aim of speeding up  the journey of health tech startups in New Zealand.

The initiative, supported by MedTech CoRE centre of research excellence and the Consortium for Medical Device Technologies, has been allocated $2 million over four years.

Andrew Clews, Callaghan Innovation head of health technology noted in February that the sector was plagued by ‘disconnects’ when it came to the way early stage health tech companies navigate commercialisation and scale-up.