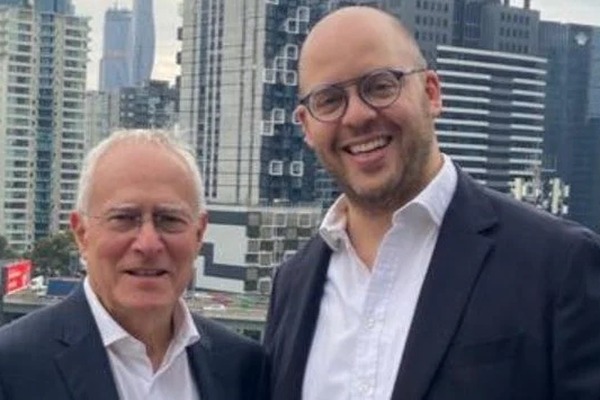 MYOB’s is serving up invoice financing for SMEs, inking a strategic investment and partnership with Australian business-to-business transactional funder Butn to deliver the service.

The accounting software and solutions company says the deal will provide it with a fully integrated invoice funding solution, helping businesses to unlock cashflow by accessing upfront payments on outstanding invoices.

Butn will be integrated with MYOB Essentials software later this year. An MYOB spokesperson told iStart that for now at least the company is only seeking expressions of interest for Butn’s lending solutions from Australian SME customers.

“Smooth cashflow will be critical for businesses as they move to regain normal trade.”

Butn’s offerings include a Buy Now Pay Later for business service, advances on commissions and secure business loans, as well as the advanced invoice payments of up to $75,000.

MYOB flagged its intentions to move into invoice financing last May, calling for customers to register their interest in such an offering.

Invoice financing enables companies to borrow money against invoices due from customers. It comes in several flavours. Factoring sees businesses selling their outstanding invoices to specialised financier at a discount – generally one to four percent of the invoice are charged to help cover the risk of the invoice collection and advancement of funds. The debtor then pays the financier, instead of the business.

Invoice financing, or invoice discounting facilities however generally operate as a line of credit for the business that is secured by the collective total of the invoices owed – typically around 70-80 percent of the total amount outstanding. While there’s plenty of variety in the way invoice financing operates, including different cost structures and methods of accessing the line of credit, in general the structure is closer to a regular business loan or overdraft, with the business keeping control of invoicing and collection activities. It’s the model MYOB is favouring.

Andrew Baines, MYOB general manager for financial services, says 29 percent of SME respondents in MYOB’s most recent Business Monitor report cited cashflow as the cause of a lot to extreme stress.

“Through providing quick access to cash in combination with the smart decision-making capabilities of accounting software, MYOB and Butn have a unique opportunity to solve a core issue impacting small business,” Baines says. “Smooth cashflow will be critical for businesses as they move to regain normal trade following the pandemic.”

He says SMEs will be major contributors to local economic recovery, provided they can remain nimble and continually invest in their business.

“Access to finance during this time will be critical. We are very pleased to have found the right partner in Butn with whom to support SMEs at this crucial time.”

Late last year Butn, which says it has processed more than AU$600 million in funding since 2015, did a data integration deal with Salesforce, enabling it to fund  supply chain and invoice financing transactions using customer data.

MYOB and Butn aren’t disclosing the value of the investment, which forms part of Butn’s AU$12.5 million funding round to provide qualifying MYOB Australian small business customers with access to upfront payments for outstanding invoices.

While alternative cashflow solutions are a growing trend, they’ve also come under scrutiny recently after the collapse of UK supply chain financer, Greensill, which several factoring variations, including reverse factoring or supply chain financing, buying invoices and paying the suppliers early, for a fee.

Greensill became mired in controversy – not least of all for the involvement of senior civil servant who while head of government procurement was an adviser to Greensill. Former prime minister David Cameron is also under scrutiny for his involvement lobbying on behalf of Greensill.

Credit Suissee Group, which managed some of the funds, has flagged US$2.3 billion in ‘problematic’ loans in the funds.