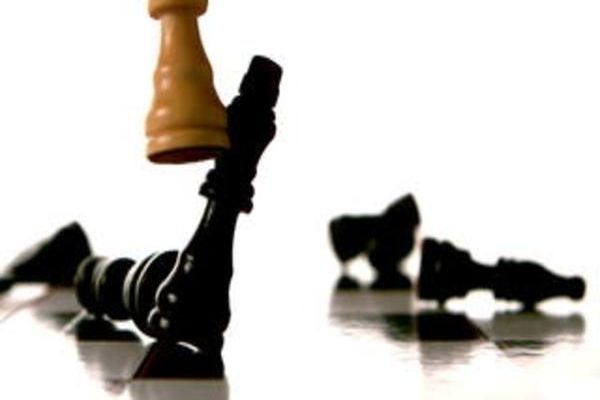 In just two short years, MYOB’s Advanced cloud ERP solution has gone from zero to hero in the Australian and New Zealand markets. The some-400 deployments of the software in a mature and hotly-contested market space is a remarkable achievement. There is no shortage of options for those shopping for mid-market business management software, with vendors spanning the full gamut from the world’s biggest software companies, all the way down to local operators with niche solutions.

Data assembled for iStart’s 2017 ERP Buyers Guide show that sales of Advanced have pushed MYOB past 4,500 mid-market customers, more than that claimed by any other vendor. While the majority of those sites are Exo and Greentree, cloud-based Advanced is where the growth is.

So, what’s behind MYOB’s success?

That’s something iStart was keen to find out from Carolyn Luey, NZ general manager and GM enterprise solutions at MYOB. “A big part of it is Advanced’s position as part of the MYOB brand and family. That gives it credibility in the A/NZ market,” she said. “And on top of that is our philosophy of research and development, with 15 to 16 percent of turnover invested.”

Which sounds pretty good, along with the investments MYOB has made into developing an ‘ERP specific’ channel, with which there is no overlap into its historic base of small business accountants and related software options.

In such a competitive market, it is essential to start with a good product or you are dead in the water, said Luey. “Advanced is the right product for the market we are targeting; it is specifically designed [adapted is perhaps a better description] for the A/NZ midsized company and it offers great functionality at the right price.”

However, these things are necessary but not sufficient for success. After all, there are plenty of great products available today as there were in 2015 when Advanced was first introduced to the local market. It must be noted that this wasn’t the first time it saw the light of day: Advanced is a rebranded and localised version of US-based Acumatica (itself around since 2008).

As such, Advanced may have been dropped into the A/NZ market more or less fully formed (requiring some adaptation for currency and local tax and employment laws and other statutory rules of doing business down under), but it still faced an uphill battle in terms of gaining traction with customers.

Brand loyalty
The answer to its success may lie in Luey’s opening statement: being part of the MYOB brand and family.

The value of this association becomes clear when considering a recent opinion piece in which Martin Olsen pointed out that mid-market companies don’t switch vendors, ever. This loyalty, earned on the basis of delivering a solid product and dependable support has surely played strongly to MYOB’s advantage, even if Olsen probably meant ‘products’ rather than ‘vendors’.

“There are active buyers and there are passive ones. The active ones go shopping for an ERP solution. The passive ones don’t realise that they have outgrown their accounting software; when we see signs and pains that a customer is outgrowing AccountRight [MYOB’s entry-level accounting package] we’ll refer them to our enterprise solutions team. They’ll engage with the customer to see what their pain points are, establish what that customer is aspiring to achieve, make some recommendations and build awareness of the solutions that we have to help them.”

Asked if such customers have something of a ‘system shock’ in going from software which cost in the tens of dollars a month, to one where more zeroes are involved, Luey said ‘not really’. “Because Advanced is a cloud solution, the monthly isn’t that much of a difference, but the implementation cost can be a big hurdle. But it is up to us to demonstrate the return on investment to justify that expense – and we have plenty of examples of companies which have been able to scale and grow without adding staff, or which have become more efficient with greater visibility of the business, or more profitable with better control. It comes down to a case of buying into what an ERP solution can deliver, and when that’s the discussion, it is less about price and more about vision, growing and adding value to their business.”

‘Olsen’s argument’ is probably also why Luey, when asked which competitors MYOB Advanced most often comes up against, answered it is generally the only choice. “It does depend on the client’s decision if they want cloud or on-premise; with cloud, if there is a competitor, it is probably NetSuite, but it also depends on market positioning.”

Multiple options
Of course, it isn’t just Advanced that MYOB has in the cupboard. It also offers Exo, an on-premise midmarket solution, and Greentree (acquired in 2016), catering for the middle to top end of town.

The code bases might not be common across AccountRight, Exo, Advanced and Greentree, but the MYOB part is. With its ability to identify those customers which have exceeded the capability of their accounting software, it is a logical progression to stay with a tried and trusted vendor.

And that’s precisely from where, in this mature market, future business is expected to flow – businesses moving between tiers. “There are lots of substantial businesses still running on small accounting software, so that is one side of it. Another is that we are seeing more people who want to migrate to the cloud – and that will produce a number of new sites,” Luey said.

And movement isn’t only between AccountRight and Advanced (and probably to a lesser extent, from AccountRight to Exo), but also from the lower tier ERP offerings to the more comprehensive solutions.

In light of Olsen’s observations, therefore, MYOB’s strategy to differentiate itself by going upmarket may just pay big dividends. With the number of small businesses using its software numbered well over a million, just a tiny percentage need to grow to a size which requires an ERP solution.

If it’s done the job right, and all indications are that this is indeed the case, the chances of those companies staying with MYOB are pretty good.