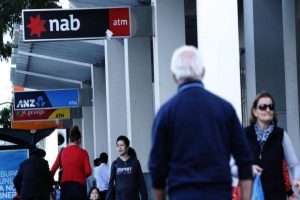 After fixing one problem last week, NAB yesterday had another to deal with…

NAB customers were left fuming last week when they were unable to get through to customer call centres, or use mobile internet banking and experienced delays with the processing of some payments. The failure of the systems left some people without access to funds.

Andrew Hagger, chief customer officer, took the unusual step of issuing a mea culpa video and apologised for “letting our customers down,” even though, strictly speaking it is IBM rather than NAB which manages many of those systems.

The bank noted at the time that “any outage is unacceptable and we apologise again to our customers affected overnight and this AM. We’re working to make things right ASAP.”

It did – only to see the systems fall over again on Monday. And because of the volume of calls about the problem, customers couldn’t get through to the contact centre this time either.

This time the outage affected some people’s ability to use their NAB cards in ATM machines or Eftpos devices. The systems failure also led to health providers being unable to use the HICAPS electronic payment system to process patient insurance cards.

NAB’s less than helpful tweet suggested that people frustrated by the systems failure instead return to bricks and mortar branches.

NAB and IBM inked an agreement five years ago which saw the tech vendor buy the banks computing infrastructure in its local data centre and also employ 450 former NAB staff. Since then, IBM has been responsible for managing NAB’s business critical applications, including inter-bank payments, exchange gateway, internet banking and its ATM network, along with driving a technology refresh through the bank.

Monday’s outage lasted a couple of hours and services gradually came back on line from early afternoon. However IBM’s reputation has taken a battering this year with the NAB failures following hard on the heels of the ABS Census debacle.