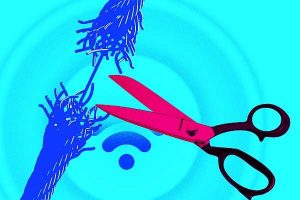 NBN’s way or the highway?..

While the good news is that over seven million Australian homes and businesses can now connect to the NBN, the not-so-good news is that around half that number have chosen not to. Perhaps most concerning is that recent research shows 58 percent of Australians are unaware their copper-based ADSL and landline phone services will be disconnected 18 months after the NBN arrives, potentially leaving many without phone or internet services. Business disruption, consumer annoyance and general mayhem is ensuing as ‘peak disconnect’ hits.

Dissatisfaction with NBN is the prominent reason why just under half of Australians with access to NBN have chosen to stick with ADSL. Research found that the most widely cited reason for this was that ADSL gets seen as being more reliable.

Ten percent of the survey research sample said they believed that they had faster Internet before they connected to NBN. Pricing was also a commonly quoted issue, with 11 percent of research respondents saying they felt they got better value for money from their older ADSL plan. With forced broadband and phone upgrades on the cards, the numbers of disgruntled consumers and business operators looks set to grow.

“Over a quarter of homes and business decide not to engage with NBN services.”

Once NBN connectivity arrives in any given area, the clock starts ticking, and homes and businesses have just 18 months to migrate off copper. Almost a million disconnections occurred in the six months to June of this year, and is increasing to over 50,000 per week as the peak of the NBN rollout occurred 12-18 months ago.

The analysis below, showing landline disconnections over the Jan – Jul 2018 period, highlights the issue as over a quarter of homes and business decide not to engage with NBN services. The NBN says most will have opted for mobile connections instead, such as in holiday homes where fast internet connections are not so essential. 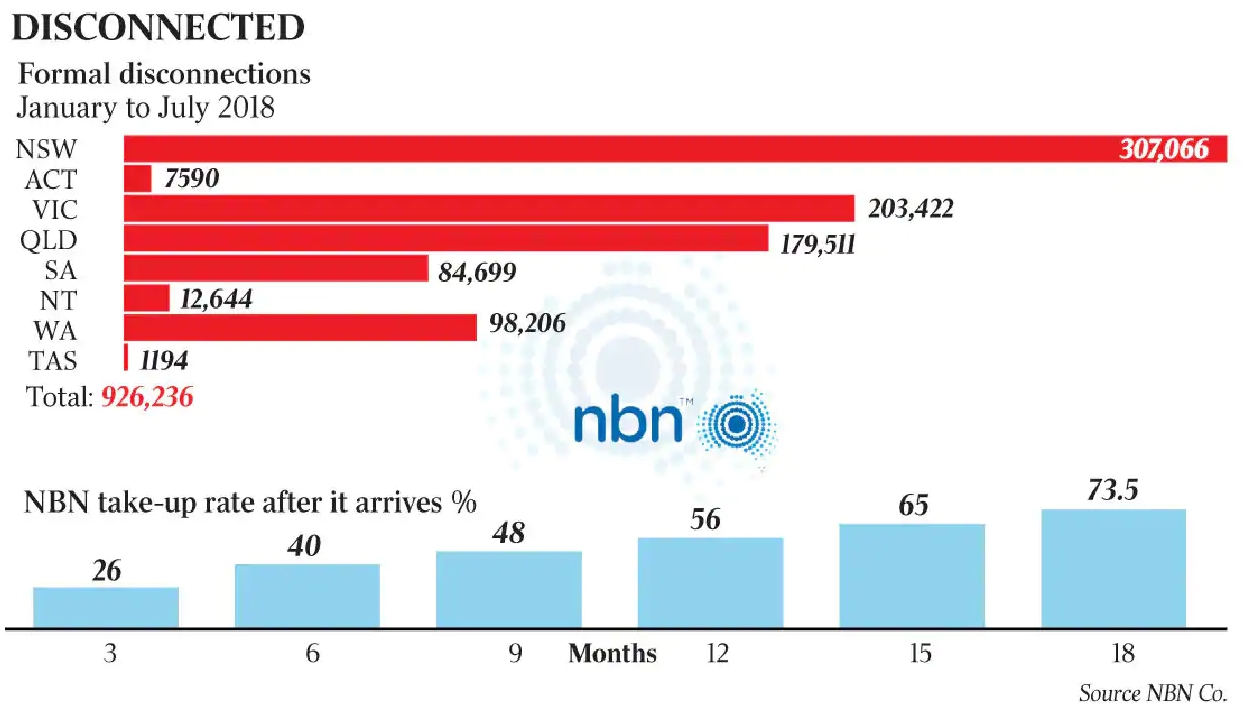 Several other factors are also fuelling irritation for businesses and consumers alike. Confusion is the big contender thanks to a puzzling mishmash of services exempt from the shutdown. While Telstra’s HFC cable broadband network will be kept alive as part of the NBN, Optus HFC cable network is to be shut down. Specialised business networks such as ISDN will also get retained. Broadband subscribers using fixed wireless services and SkyMuster satellite services will not suffer any impacts. Businesses and consumers subscribing to phone/Internet services over other fibre networks or cable internet not owned by Telstra or Optus (e.g. TransACT, Pivit and OptiComm) are also unaffected – unless told otherwise by their service provider.

Another factor causing upset is a large amount of equipment that will cease to function once copper connectivity stops. Monitored medical and security alarms, emergency call buttons, some EFTPOS terminals, elevator phones, fax machines, landline phone services, ADSL, ADSL2 and ADSL2+ routers/modems will all need to be replaced with NBN compatible alternatives, hitting both businesses and consumers in the wallet as they are forced to upgrade.

For those who choose to leap across to NBN, there is still scope for grief. A technician is needed to connect customer premises to the NBN. Wait times in some areas are typical, so laggards leaving their NBN migration until the last minute could find themselves without a landline phone or broadband until a technician becomes available.

Finding out when copper connectivity ends in specific areas will require customers to contact their ISP/telcos. Adding to the possibility that many will be caught short is the fact that many Australians don’t know they have NBN access available and as such do not know that their existing copper-based services are set to cease in 18 months from the date they became NBN ready.

That said, there is a high likelihood that the NBN Co and the customers ISPs will make contact to attempt to up-sell consumers to NBN plans, and warn that copper disconnection is imminent.

The mandatory enforcement situation in Australia differs markedly from what appears to be a comparatively sane state of affairs in New Zealand where 1.4 million kiwi homes and businesses already have access to the Kiwi NBN equivalent, UFB (ultra-fast broadband, which consists of fibre to the premise).

UFB connections were up 54 per cent on the previous year, with the total number of fibre connections doubling in the last 24 months, to 598,000 as of June 2018 according to the Ministry of Business Information and Employment. ADSL continues to be offered as a budget broadband option in all areas in New Zealand, including those where UFB is available. Eventually, falling ADSL adoption will see ADSL offerings grandfathered.