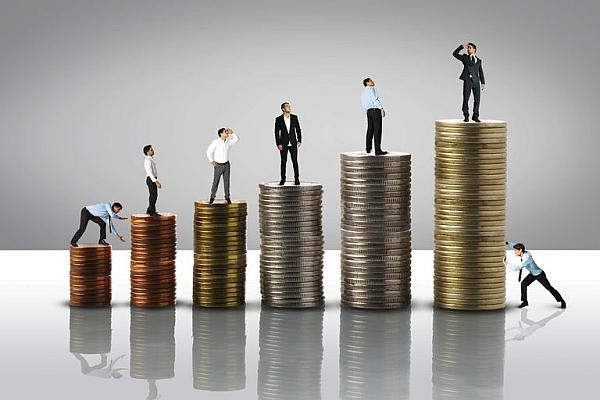 In a statement, Singapore-based NEM.io Foundation said its global development fund is “open to all New Zealand SMEs and enterprises wishing to build new or expand on blockchain technology projects using NEM, the peer-to-peer blockchain platform created by the Foundation.”

NEM.io has just punted the same story in Australia and while the sizeable figure might grab attention, the key word is ‘global’. The fund will cover Australia, New Zealand and everywhere else.

In the Australian Financial Review, it is revealed that NEM.io is likely to put around AU$13 million into local ventures; however, there’s a wee catch – the investments are being made using NEM.io’s own cryptocurrency, XEM – at today’s values 13 million Australian dollars divided by 50 million XEM (AUD$0.26:XEM$1) puts that hithertofore obscure cryptocurrency some quantum behind Bitcoin’s A$15,630.30 value. But the value relative to BTC is neither here nor there – it’s the volatility that matters.

Jason Lee, Global Director for Partnerships & Strategic Alliances is in New Zealand at present. In a phone chat, Lee told iStart he has high hopes for the local market. “It should be less than 10 days before our NEM New Zealand launch and already I’ve met with the Blockchain Association, the Auckland Blockchain meetup and I’m in Wellington and will be meeting with government representatives soon. The accessibility of the market is very encouraging.”

Asked if ‘shop’ would be set up locally, as in a physical presence, Lee said not as yet, but indicated that it is in the organisation’s 2018 roadmap.

In any event, the organisation said it is targeting academics, developers and members of the wider cryptocurrency community. It also noted that ‘XEM is recognised as one of the top ten cryptocurrencies by market capitalisation’, confirmed by Profit Confidential which recently placed it at 7th. (Business Insider usefully notes that there are over 1,100 such currencies, pointing to something of a free-for-all in this market…which should provide a clue as to the attendant risks).

NEM said it will be setting up in the region as part of the Foundation’s USD$40 million (NZ$58 million) global expansion plan. It also follows the opening of a new NEM Blockchain Centre in Kuala Lumpur, Malaysia – a joint initiative by the Foundation and the Australia-based Blockchain Centre (a not-for-profit sponsored by Blockchain Global and IBM). The Centre will be a knowledge and innovation hub which will serve as an accelerator, incubator and co-working space.

With that multitude of cryptocurrencies, why should developers and organisations choose NEM  (and the currency, XEM)? “NEM is ‘the smart asset blockchain’. It is a plug and play enterprise solution, it is very easy to develop and integrate with it.”

Integrate as in integrate with other enterprise software to create commercial solutions? “That’s it.”

He said developers interested in blockchain should visit www.NEM.io; and, because it allows programmers to use any language they prefer via the use of API’s, it is accessible to more of them.

Just how much of that fund Kiwi hopefuls can lay their hands on isn’t clear, Lee said. “There isn’t any specific allocation, but the whole fund is in XEM, 300 million of them. And that means the dollar value of the fund will change, it was US$90 million yesterday, I think it’s US$94 million today.”

Asked if the currency is stable or volatile, Lee said in recent months it is one of the more stable ones. But in its two-odd year history, it has also grown by some 15,000 percent, he added.

Nelson Valero, Council Member of the NEM.io Foundation and new head of NEM in Australia and New Zealand, said while blockchain technology is gaining traction in the region, more needs to be done to further enhance the ecosystem.

“We’re seeing big Kiwi brands like Air New Zealand exploring applications of blockchain to improve business efficiency and service offerings. But let’s face it – not everyone has the expertise and skills to get started and even more so, jump start a new business.”

Valero said he believes Nem.io Foundation’s global development fund will help businesses, academics and developers feel empowered about the NEM blockchain technology and its potential to disrupt the way information and data is managed.

“The Foundation and the wider NEM community have a shared vision that what the internet was able to do to transform society is what blockchain will do for transactions, and beyond, for every industry out there.” 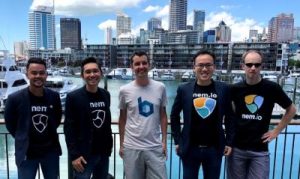 Take a good look at that logo. Chances are, you’ll be seeing more of it soon.