News > NetSuite punts product but no mention of the war

NetSuite punts product but no mention of the war 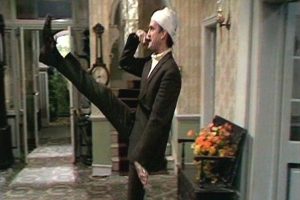 Old picture of Larry Ellison only evidence of Oracle at NetSuite user conference..

Hundreds of NetSuite users gathered in Sydney this week for the company’s fifth SuiteConnect user conference in this region. While delegates were treated to NetSuite’s view of the future, not once did they learn what that future might look like from within Oracle’s grasp. On stage, at least, it was a clear case of “don’t mention the war.”

Oracle’s bid – which was first proposed in January this year – has received US regulatory approval, though there are still NetSuite shareholders calling for an increased consideration.

NetSuite executives declined to comment on whether the company was facing any sort of decision paralysis from prospects who might like to see what happens after Oracle buys the business, before committing to the company’s cloud based ERP.

The company showcased a number of recent local wins including REA Group, Emma & Tom’s (though that, strictly, is a JCurve solution, the small business edition of Netsuite) and YellowBrickRoad – but all were signed, sealed and installed long before news of the proposed Oracle takeover broke.

Jason Maynard, EVP of strategy and corporate development, did, however, remind iStart that in the past, Oracle had taken two approaches to companies it bought – either integrating them or leaving them largely intact. He offered no indication of which alternative might befall NetSuite – so users and prospects are still left to play a game of wait and see.

In spite of the ongoing ownership negotiations, NetSuite continues its traditionally bullish approach to the market, telling delegates at the conference that cloud had now won the enterprise IT debate, and according to Maynard; “Cloud is the last computing architecture – also becoming the last business architecture.”

It is also working on developing additional intelligence for the system, for example using algorithms and analytics to identify evidence of possible user churn, and also to streamline supply chains.

Finally, it has released the SuiteCloud Development Framework to support users’ customisation efforts.