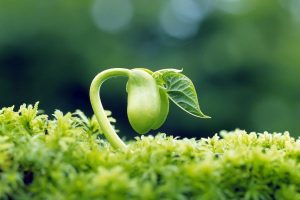 Tired of having to cobble together systems for its sales reps, SaaS business Freshdesk set about creating its own CRM system for ‘high velocity sales teams’…

Originally the creators of the eponymous customer support SaaS product, Freshdesk has responded to its sales team and customer needs, this week launching the cloud-based Freshsales CRM globally.

The CRM market is a crowded one but Sreelesh Pillai, General Manager of Freshdesk Australia told iStart the majority of the tools on the market are built for managers, not sales reps. “We built Freshsales because there was a gap in the market for a solution that was easy to use for the entire sales team without costly integrations.”

“We built Freshsales because there was a gap in the market for a solution that was easy to use for the entire sales team without costly integrations.”

He described his company’s needs, for which the system was originally built, as “fairly basic like most fast-growing SaaS companies, saying they needed sales campaigns, email tracking, and web event analytics. “But we were unable to find a single tool to fill those needs. We decided to build Freshsales and along the way also heard from existing customers about how much they would like to see Freshdesk build a CRM solution. We expect many of those customers to be early adopters.”

If you haven’t heard of Freshdesk that’s because most of its sales happen organically online or through word-of-mouth recommendations, says Pillai. This year it was the only company to be added to Gartner’s Magic Quadrant for the CRM Customer Engagement Centre. Today it has 80,000 customers world-wide, including 5000 in Australia and New Zealand. “When we launched Freshdesk in 2010, our very first customer was from Perth, Australia,” Pillai added.

“Much like our other products — Freshdesk, Freshservice and Hotline.io — Freshsales will be found and sold online, but has the potential to grow even faster with the support from the team in Sydney and our partners across Australia,” he said.