Oovvuu strikes it big with WordPress 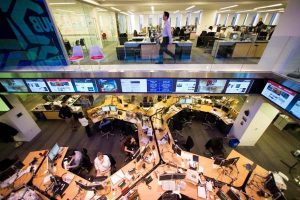 Aussie media-tech Oovvuu has been named a Feature Technology Partner by WordPress VIP, in a deal that will see the Sydney-based company’s technology integrated into some of the world’s biggest news websites.

The Oovvuu product is a tool for publishers that suggests – and makes available with a single click – videos relevant to the content they’re producing. Using machine learning technology, Oovvuu ‘reads’ content makers news articles and recommends videos that matches that content.

Simply put, publishers lack the video they need, broadcasters have the video, but lack the distribution. Oovvuu brings to two together on the WordPress platform, letting publishers discover, preview and publish the videos in one click. Full ad server integration is part of the service, allowing publishers to make money on every view.

“The future of news-telling will be video-led, but given recent scandals, it’s unlikely that will be built by Facebook or Google.”

Launched in Sydney in late 2014, the company counts Reuters, Bloomberg, Associated Press, The Guardian, and Australia’s Seven West Media among its clients.

“Oovvuu is built by journalists for journalists,” says Ricky Sutton, founder of Oovvuu.

“Like WordPress VIP, we recognise publishers and broadcasters have public trust and a burning passion to report the news.

“We built the tech that binds them together and now we are focused on working with the WordPress community to bring our common mission to the world.

“We track news consumption habits daily and it shows us the future of news-telling will be video-led, but given recent scandals, it’s unlikely that will be built by Facebook or Google,” says Sutton.

The deal is a milestone achievement for the Australian media tech startup and one that comes with huge opportunities: As the global video technology partner, Oovvuu technology will now be integrating with some of the world’s leading news websites. Other WordPress Featured Technology Partners include Facebook, Getty Images and Yoast.

As for WordPress VIP, that service was launched by WordPress’s parent company Automattic in 2007 as its high-end managed hosting platform for enterprise and large-scale websites (think major publishers with high-traffic websites with tens of millions of page views).

While WordPress VIP doesn’t provide prices upfront, the service can range in price from around US$5,000 per month to US$25,000 or more per month, depending on requirements.

Currently Automattic, is, by audience, the fifth-largest digital company in the US, publishing around 37 percent of the web’s content.