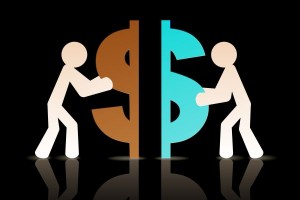 Business management software provider Greentree is expanding its partner base in Australia with the addition of IT consulting company, Ndevr. The appointment will see Ndevr, which was previously a dedicated Oracle house, offer the full range of Greentree business management solutions for mid-tier organisations.

Ndevr CEO and 2012 Telstra Business Woman of the Year in the Innovation category Maureen Clifford said that she and her team had identified the large potential in the small to medium sized business market for ERP, which their Oracle solutions were not addressing.

“Although Oracle scales down reasonably low, it’s still a big jump for people coming off their very first accounting package such as MYOB to go straight to an Oracle product, so we see that there’s a gap in the middle,” she says. The size of the opportunity set the company searching for a local, A/NZ-based player, and they selected Greentree as the best fit for their prospective market.

Prior to signing the agreement, Ndevr’s IT business was 100 percent Oracle-based, with 80-odd consultants working on selling and implementing a number of Oracle products. Some of its customers have been with Ndevr for more than 10 years and include the likes of Vita Group and Novian. Now, Clifford says she sees excellent potential in the Greentree product to grow the company’s customer base.

“We thought the Greentree product was a very good fit and chose it because of the flexibility of on-premise or in the cloud applications of its software. Looking at the size of the market and how many companies are in that segment, we think it is going to end up being a very good pillar for our company. We see it growing steadily to be a sizable portion of our business.”

Getting on board with a Platinum Oracle Partner is somewhat of a coup for local company Greentree, which launched its re-engineered Greentree 4 product back in November last year. Greentree is focused on expanding its strategic partnerships across Australia and in the UK.

Graham Hill, Greentree’s channel director initiated the discussion after reaching out to Ndevr, and has high hopes for the strategic partnership, calling Ndevr “outstanding”. He said that Greentree was up against the likes of Microsoft and NetSuite but that “Ndevr was pleasantly surprised by the breadth and depth of the Greentree mid-market offering”. He believes that this, combined with Greentree’s local provenance, appealing price point and a company culture that complements Ndevr is what sealed the deal.

The appointment of Ndevr is part of Greentree’s ongoing growth programme in Australia and Hill says there is still room for more strategic partners but, “we are very selective”. “It’s important that Greentree is not just another product in the portfolio,” he said, and that any prospective partners fit in with the Greentree culture.

Hill said that Clifford is “leading from the front” and has already committed resources for training and the recruitment of new staff.