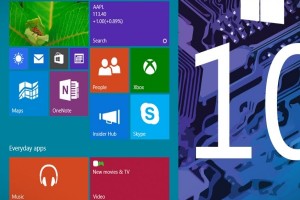 Windows 10 is likely to be a particularly good product. It enters the market in much the same way that Windows 7 did: the second attempt after a generational change, and, while Microsoft doesn’t do generational change well the first time, it tends to get it right the second time round. But the quality of the product may have less to do with its success or failure with consumers than the broader market conditions will – and for that reason, Microsoft is eyeing up the Internet of Things (IoT).

PC sales are crashing, with Gartner and IDC putting estimates of a year-on-year decline at around 10 percent at Q2 2015. In the past, a new release of Windows has delivered a sales bounce, but that didn’t happen with Windows 8, the immediate predecessor to Windows 10, and nor is it likely to materialise this time.

While Gartner principal analyst Mikako Kitagawa has said the decline in sales can be sheeted home to people waiting for the new operating system – “the Windows 10 launch scheduled for 3Q15 has created self-regulated inventory control. PC vendors and the channels tried [and failed] clearing inventory as much as possible before the Windows 10 launch” – this assessment warrants a pinch of salt. After all, Microsoft is offering Windows 10 as a ‘free upgrade’ to those with Windows 7 and 8.

Overall, Gartner is expecting an overall decline of 4.4 percent in PC shipments for all of 2015.

Windows of things?
As Windows 10 becomes ‘Generally Available’ for consumers (enterprises are expected to get their version by October or November), PC vendors will hope to win back users they feel were lost through Windows 8. However, these users have likely moved on to tablets or other mobile devices; the so-called ‘post-PC’ era may be gathering steam.

Ovum principal research analyst Richard Edwards said Microsoft is pinning its future hopes on Windows 10, but on a tack which tips the hat to a changed market. “This isn’t about recapturing the important mobile operating systems market; it’s pretty much conceded that to Apple and Google. [Instead] it’s about gaining a strong foothold in the next multi-billion dollar market: the ‘Internet of Things’.

Edwards said Windows 10 will underpin Microsoft’s foray into the Internet of Things (IoT) by providing an operating system and ancillary services for ‘things’ that do not resemble traditional computing devices. “Microsoft was caught wrong-footed when Google harnessed the Linux kernel to produce the Android operating system that now dominates the smartphone market, but this time, with cloud-savvy Nadella at the helm, Microsoft is ready for action.”

This, said Edwards, is evident in three distinct flavours of the Windows 10 operating system to target specific categories:

Edwards continued: “Microsoft did a good job of selling the idea of “One Windows” at its recent partner conference, and demonstrated how companies might leverage the enterprise-grade capabilities of Windows 10 IoT to protect, secure, manage, and monitor IoT devices. However, the company is eager to inform the market that its IoT strategy extends beyond devices running Windows 10, pointing to Microsoft Azure IoT services.”

In other words, Windows 10 and its IoT aspirations may be an acknowledgement from one of the biggest players in the PC market, that this particular party is winding down. Windows 10, said Edwards, “Is the transit vehicle from the old-world of connected PCs to the new-world of connected things. Market acceptance is of huge importance to the company’s current initiatives and its future prospects.”