News > Pressure goes on CIOs to accelerate digital – or move aside

Pressure goes on CIOs to accelerate digital – or move aside 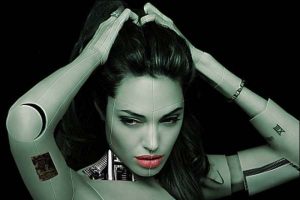 Running out of patience, boards look to CDOs to force digital through…

Covid has driven digital understanding in the top ranks, but it’s also driving demand for faster action – and boards are running out of patience and gearing up to appoint chief digital officers if CIOs can’t deliver.

That’s the upshot of several new surveys from Gartner.

Andy Rowsell-Jones, Melbourne-based distinguished research vice president at Gartner, says a Gartner survey shows that CIOs have generally done ‘rather well’ with their WFH initiatives, and that’s left them, rightfully, feeling proud of their achievements.

“If your board is typical of the boards we surveyed, they’re running out of patience.”

In fact, 70 percent of CIOs listed support for working from home as their proudest accomplishment in the pandemic response.

“If they didn’t have it before, CIOs now have the attention of the CEO, thanks to business capabilities delivered by IT during the initial crisis,” Gartner says.

There’s more good news in other recent Gartner surveys, which show a shift in attitudes in CFOs and a slight freeing up of cash restrictions, and a strong move to a much greater understanding of the value of digital among senior business leaders and boards.

The initial reaction of CFOs to the pandemic was to pull funding: Lockdowns for many were accompanied by a turning off of capital, and cash conservation. But Rowsell-Jones says more recent surveys are showing CFOs have switched from seeing IT as just one more expense to be cut, to a necessity. Just to be clear though, that’s not going to translate to a big increase in budgets. In fact, Rowsell-Jones says if there is extra money, it won’t be enough extra money, and CIOs will face a value optimisation challenge and will need to look hard at existing expenditure.

Nonetheless, where Gartner had been forecasting a strong decline in budgets, it’s now forecasting there might be ‘a very small increase in budgets next year’.

“Board of directors were already talking about digital and have been doing so for years, but now there’s been an enormous realisation about digital – it is something they now get, because those businesses that weren’t digital really suffered in the pandemic,” Rowsell-Jones says.

“There’s huge pressure from boards of directors to go digital. That’s put the impetus behind it and they’re also talking about putting money behind digital.”

Rowsell-Jones says it’s unusual to have the clarity of response Gartner has seen in the move to boards understanding – and demanding – digital: It was high priority for around two-thirds of directors.

But we live in ‘interesting’ times, and that calls for a kicker, right?

Rowsell-Jones is happy to comply.

“The other challenge for CIOs, apart from the value optimisation, is that when we surveyed boards of directors, a lot of businesses are now talking about creating the chief digital officer role if they haven’t got one already,” he says.

“If your board is typical of the boards we surveyed, they’re running out of patience.”

He says one-third of companies surveyed who don’t already have a CDO are considering hiring one.

“Getting people to work from home successfully in days, rather than months, created a credibility bump for CIOs. But they really do have a problem now, because if they don’t get on with this digital thing the board will hire a CDO and then you’ll end up with either the CDOs replacing CIOs or CIOs being relegated to being the plumbing people and the CDOs doing all the interesting stuff.”

He notes for CIOs who have strategic ambition, a CDO could spell competition, something he says he’s seen in a number of cases across Australia and New Zealand. It also potentially spells  a loss of power and ‘the exciting stuff’ from their role – essentially relegating them back to being chief technical officer, while the CDO is a more strategic consulting role.

“If you take a step back and think about what this digital transformation thing actually is, generally it’s money and kudos and influence. If you’re a CIO who craves influence, the digital transformation is one that is extremely attractive,” he says. “If you’re a CIO who aspires to be a chief executive, the DX piece is a great way of proving you have the mettle to run a business.”

It’s not always a negative, of course. CDOs and CIOs can get on very well in some cases.

“That tends to be where you’ve got a technical CIO – a person really happy doing Kubernetes and containerisation and that complex stuff that has to happen,” Rowsell-Jones says.
“If you’ve got a CIO very happy doing that part of the job, then a CDO can take away a lot of pain and suffering because they don’t have to deal with senior level customers who always moan about why things take so long.”

Rowsell-Jones says the threat isn’t coming only from other tech-trained, or external, players.

“Unlike 15 years ago when digital was still new and exciting, a lot of non-IT people, non-CIO people have figured out more or less what digital is and it’s becoming easier for them to compete with the more traditional CIO for that role, for the exciting part of the role, if they want it,” he says.

“If you’re the chief marketing officer or the chief operations officer or a CXO of some other stripe and you’re ambitious, you may well have similar designs on the role of CDO, or the DX role, because it is a way to have more influence, power, people and money.”

So what’s a CIO, caught between a rock and a hard place, to do?

Figure out the appetite for digital for your company, first and foremost. Then, use tools such as scenario planning to figure out what plausible future scenarios might be and to plan towards them.

“The challenge for many CIOs is trying to plan through the current uncertainty. That’s why I recommend things like scenario planning as an approach because it allows you to create plausible futures – if you like islands in the river – and they may be completely contradictory or incompatible, but by at least having a view as to what these islands might look like you can at least plan towards something.”

And take a good hard look at what you’re spending money on, not with a view of cutting budgets, but instead reprioritising.

Says Rowsell-Jones: “Basically, anything that has been inflight since Feb 2020, is ancient history. Take a really hard look at why you’re doing it because the world is really quite different now. Australia and NZ have become much more digital.