The printer company which doesn’t print 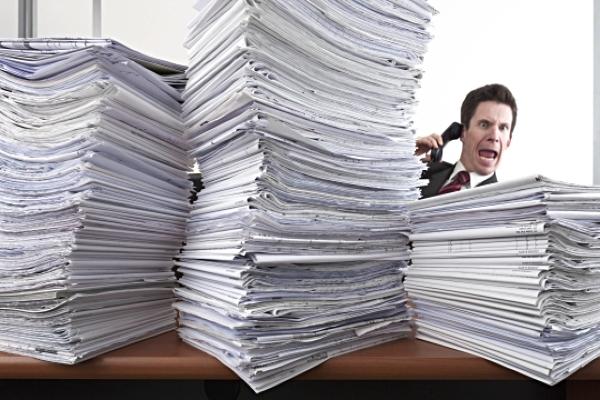 How next-gen MPS aligns with and expedites digital transformation…

OK, that headline isn’t, strictly, accurate. However, Fuji Xerox New Zealand, with the launch of its ‘next generation’ managed print services, has taken particular care to point out that the continued success of a service provider such as itself depends on moving with the times.

And how those times are moving. Digital transformation is the buzzword ‘du jour’ and it isn’t just applicable to the consumers of services provided by the likes of Fuji Xerox. Just like the ‘abyss stares also into you’, digital transformation requires a reciprocal loop. Like mirrors facing off against one another, as vendors seek to digitally change their clients, they are obliged to do so themselves.

So, a printing company like Fuji Xerox does, of course, still provide output on paper. After all, despite the many calls for and predictions of a paperless office ‘by [insert date long past here]’, there are still clouds of paper floating through even the most digitally transformed of companies. But Fuji Xerox does a lot more besides and that’s what next-gen MPS is really all about. It encompasses expressly non-paper processes, such as workflow, business process management and integration with existing line of business applications to ensure that when stuff is printed, there is good reason for it.

Printers are still very much involved, but they are used as components within the broader context of the digitally transformed organisation. “It’s all about communication,” Masashi Sakamoto, president of Fuji Xerox Global Services told iStart. It’s also, Sakamoto stressed, about changing work and communication styles. “So, while Fuji Xerox is a manufacturing company, we are also a services company which helps our clients to achieve those work and communication styles which support a more innovative, agile and productive company.”

That’s something which several local companies are taking on board with the implementation of ‘activity based working’ approaches. iStart recently saw just that in action at Intergen, when that company shifted into its new offices in Fanshawe street.

The idea is that workspaces change from the traditional ‘office and desk’ (or cube hell, a la Office Space) into environments optimised for the type of work being done. It all looks really funky, to be sure, but we cannot help but be sceptical; Simon Bright, Intergen CEO, told us at the time that there is indeed a major adjustment and change management measures are necessary. He also told us that the resulting ‘hot desk’ environment, where you might end up with a different family picture every day, means the available space is more efficiently used: you can fit more IT consultants in per square metre than ever before.

But back to Fuji Xerox and it’s next-gen MPS. Enabling new work styles is something it has involved itself in at Trustpower, which has itself moved into a new building in Tauranga (iStart hasn’t seen this one in the flesh). Strategic initiatives manager Alice Thomson told us that through this initiative, the company has rid itself of literal tons of paper which once sludged up even pretty straightforward business processes, like the receipt of customer-completed questionnaires. Much of that success is down to looking at things in a different way; for example, instead of scanning forms at the end of a process, doing so at the start lifts the information off, sends it to the right people, and removes the paper before it gums up business processes.

Through this initiative, the company has rid itself of literal tons of paper which once sludged up even pretty straightforward business processes, like the receipt of customer-completed questionnaires.

We did ask Thomson how well people are adapting to not having their own personal space any longer and she said some wouldn’t be able to make the leap…and cheerfully implied that those individuals should instead perhaps consider working for a company with a culture more aligned with the traditional ways of doing business. Risky? “Absolutely,” agreed Thomson, “But we believe there’s a lot to gain in terms of efficiency. And it comes right from the top, the CEO works like this, too.”

In any event, it doesn’t take any great stride of the imagination to understand that printing is as necessary today as it has always been. By the same token, it doesn’t take any studious thinking to recognise that paper, versatile and ancient as it is, doesn’t necessary align well with a digitally transformed organisation.

That’s the essence of Fuji Xerox’s next-gen MPS. Use paper, by all means, where necessary and appropriate. But everywhere else, digitise.