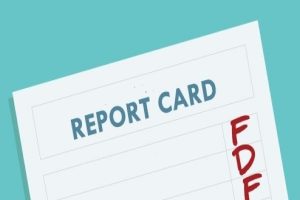 Internet of Things products and services don’t do privacy well…

Australian consumers have been warned that their privacy is at risk because of poor policies and procedures from the companies selling Internet of Things (IoT) devices and services.

Analysis conducted on behalf of the Office of the Australian Information Commissioner found that 71 percent of devices and services used by Australians don’t have an adequate privacy policy.

In addition 69 percent of organisations failed to tell customers how to delete information from the device, 38 percent didn’t readily provide contact details for customers with concerns, and 91 percent didn’t recommend consumers customise their privacy settings.

One school of thought argues that consumer devices – smart watches for example – aren’t IoT at all, that they are just a brand of consumer tech. But they do connect via the internet and are things – so it’s a question of semantics, and the data collected through them can integrate with broader networks – for example uploading location or payments data that could be used to triangulate all manner of personal insights. Without adequate privacy protection, consumer rights could be eroded.

And the spread of consumer tech is accelerating. Earlier this month Telsyte released its Australian Smartphone and Wearable Devices study which showed smart watch sales leapt 89 percent in the first half of the year compared to the similar period of 2015. Overall more than a million smart wearables were sold, with killer apps proving to be fitness and payments related.

Given the quantity of personal data involved with either of those applications, privacy should be a priority concern for most consumers.