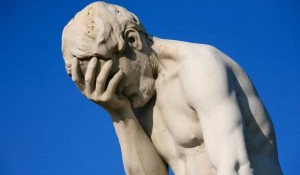 Speaking at the TechLeaders 2016 forum in the Blue Mountains this week, Chad Gates, COO of 40 year-old Australian company Pronto said; “There is an inherent lack of trust out there in the business world about technology because the market is driven by venture capitalists.”

He said that venture capitalists are only interested in “bums on seats”; they build up a brand, make the company efficient and streamlined, gain market share, then sell it. “There is a lack of continuity in the mid-market business space that is hurting business confidence when acquiring technology,” Gates said.

This practice creates a “trough of disillusionment”, according to Gates, who said that the users are sold shiny new products at low prices by these venture capitalist-funded businesses only to later realise that it was all smoke and mirrors without the depth of industry experience to back it up. “The VC-backed company is motivated by market share, not by quality of delivery, not by referenceability, not by long term customer relationships,” he said.

He declined to name and shame but noted; “If you do your research on the VC-driven providers and you find out how many are actually making money – it’s not a lot.”

In contrast, Pronto, touts itself as having built its business on trust and strong customer relationships and has forced itself to disrupt its own business a number of times, according to Gates. It was the first vendor to embed a BI suite into an ERP product (it incorporated the tier one IBM Cognos 10 tool) and has invested A$2 million on cloud in the last two years. (Seventy percent of it Pronto’s new business during the current financial year is in the cloud.)

Pronto used the TechLeaders conference to announce that it is “stepping firmly in to the third party integration space and the API economy”, offering cloud integration services to the mid-market using IBM’s WebSphere Cast Iron. Pronto currently has 230 APIs that enables Pronto Xi to integrate with third party applications, but the Cast Iron integration equips Pronto to accelerate its development of a larger economy of APIs. So far Pronto can connect to Salesforce in this space and will add more connectors including the likes of Magneto and eBay shortly.

Gates said the idea is that Pronto will start appearing in other vendor’s ecosystems. He said that company already has live sites running with Cast Iron but wasn’t able to name any publically just yet.

The author attended Tech Leaders as a guest of Media Connect.