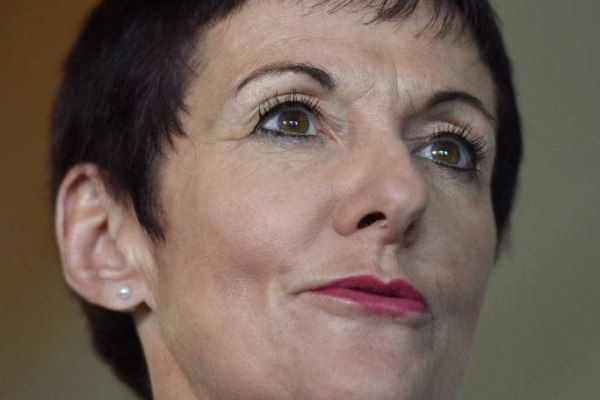 In a submission to the Federal Government’s Financial Technology Inquiry, Carnell has described the research and development tax incentive (RDTI) as ‘unsuitable for software development in its current form’.

“The R&D Tax Incentive eligibility requirements need to be changed so that it is clear and simple to claim tax incentives under the existing scheme,” Carnell says. “Alternatively, a dedicated software development incentive should be created to promote investment and growth in the sector.”

“We want small businesses to grow into big businesses and a fit-for-purpose RDTI scheme is a key support mechanism.”

Forty-eight percent of all RDTI claims come from the software development industry and 80 percent of RDTI claimants are SMEs, according to Carnell.

But the RDTI process around software is fraught with complexity and confusion, with fear over ‘catastrophic’ clawbacks hanging over claimants for years after receiving incentive payments.

The federal government has been under pressure to make the RDTI more workable for software development for some time. Last September the Select Committee on Financial Technology and Regulatory Technology’s interim report recommended further clarity around eligibility was required and that clear limitations be placed on the ability for payments to be clawed back retrospectively.

The October budget saw the government drop plans to slash the RDTI by $1.8 billion, instead boosting incentives. However, Carnell says those changes aren’t enough and the current system is hampering investment and growth in the sector.

“The R&D Tax Incentive eligibility requirements need to be changed so that it is clear and simple to claim tax incentives under the existing scheme,” she says.

“Alternatively a dedicated software development incentive should be created to promote investment and growth in the sector.”

That mirrors Atlassian’s calls in December, with a submission from David Masters, Atlassian director of global public policy, noting that ‘the eligibility of legitimate and innovative software product creation under the RDTI scheme lacks clarity and should be improved’.

“The Government should clarify the eligibility of software R&D under the existing RDTI scheme, or even create a separate scheme to incentivise such investments,” he said.

“Both approaches can and should seek to simplify administration of the scheme, by limiting the application of software-related R&D claims to organisations that are developing software as part of externally-facing product development, or for whom software is their primary product,” Masters says.

A 2017 alert from the ATO and Innovation and Science Australia, who jointly administer the RDTI, noted that the incentive shouldn’t be claimed for developing or upgrading software, or for undertaking activities to replace manual work processes using software available in the market and adapted to the company’s requirements.

But Masters says more is needed and suggests ‘clear and comprehensive examples or genericised determinations’ of activities and expenditure that are clearly eligible or were deemed not eligible are needed.

“The RDTI as it currently stands has not, at its core, kept pace with the nature of software development, or the context and frameworks within which it occurs,” Masters says.

He notes that while it’s not a problem unique to Australia, it means increased uncertainty for businesses who may wish to claim under the RDTI as a result of a combination of issues relating to both the activities that qualify, as well as the types and costs of expenditure which can be claimed for.

Says Carnell: “At the end of the day we want small businesses to grow into big businesses such as Atlassian and a fit-for-purpose RDTI scheme is a key support mechanism.

“Our RDTI report, released in December 2019, found many small and family businesses were subjected to examination and audit several years after the R&D was undertaken and the R&DTI refund had been spent.

“Often these affected businesses were required by the ATO to repay the RDTI in full, with a severe penalty applied.

“This has had a devastating impact on the businesses involved, with some discontinuing or scaling down their R&D efforts in Australia and reducing their R&D staff.

“Ultimately for SMEs to continue to invest in innovation and growth, it is critical they are supported in their R&D endeavours.”