News > Ready up for ‘ubiquitous AI’ (but beware ‘AI washing’)

Ready up for ‘ubiquitous AI’ (but beware ‘AI washing’) 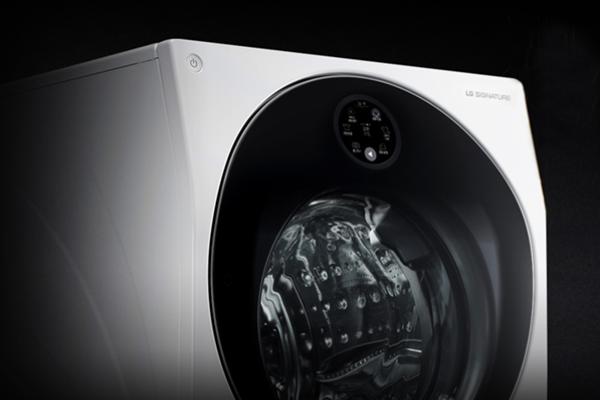 Here we go again, as its AI’s turn for a massive hype…

Just over a short two years from now, almost every new software product will have artificial intelligence built into it. That’s according to the boffins at Gartner, who said in a statement that market hype and growing interest in AI are pushing established software vendors to introduce it into product strategies.

Along the way, added Gartner, considerable confusion is being created, with the emergence of what the researcher calls ‘AI-washing’.

It’s a familiar theme in the tech industry, as when something is deemed ‘hot’ there is an immediate rush to be in on the action. There also tends to be a bit of the old duping going on, with labels being appended willy nilly; who can forget ‘greenwashing’ and ‘green’ printers supplied with multiple power supply cables, all but one of which headed straight for the landfill. Or the massive surge of guff around big data.

Nick Whitehouse, acting CEO of AI startup McCarthyFinch, told iStart that he agrees with Gartner’s anticipation of AI everywhere. “There already is some level of AI in most products today. Many apps, for example, are already using machine learning and algorithms for personalisation and which allows them to do smarter things, so they are using some form of AI, either inbuilt or through APIs or [callable] services.”

But Gary Blumgart, head of analytics at IT consultancy Theta, had a slightly different view, describing Gartner’s anticipation of ubiquitous AI as ‘a bit of a tricky statement’. Instead, he said the ability to use AI is likely to be built into software products – but those products won’t necessarily use AI out of the box. “That’s purely because you do need to understand the purpose the AI is to serve. If it is just ‘put into every product’, that presumes you know what the customer wants to do with AI – which you can’t do. You need to understand the specific problem which is to be solved.”

It’s a good point he makes, because it draws a distinction between automation and AI. “Most customers want AI to some degree or another, but it is necessary to fine tune, configure or even start from scratch to address those specific use cases.”

Thinking logically
Just about all useable software, whether old or brand spanking new, is of course built using logic, which is a pretty essential component of organised thought. But that doesn’t make the software intelligent.

Instead, Gartner said AI refers to systems that change behaviors without being explicitly programmed, based on data collected, usage analysis and other observations.

Whitehouse has a more colourful definition: “In my team we joke that AI is everything that you can’t do today. Everything else [that you already can do] isn’t AI any longer; it just becomes a tool that you’re using in the business.”

And on that basis, he said like any good tool, anyone not looking at how AI could improve their industry is missing a potential opportunity.

Showing just how quickly AI has zoomed into greater focus, Gartner pointed out that as recently as January 2016, the term ‘artificial intelligence’ wasn’t among the top 100 search terms on its website. By May 2017, the term ranked at No. 7.

Gartner goes on to predict that by 2020, AI will be a top five investment priority for more than 30 percent of CIOs. That’s led Gartner research VP Jim Hare to describe AI as ‘the biggest gold rush in recent years’. “AI offers exciting possibilities, but unfortunately, most vendors are focused on the goal of simply building and marketing an AI-based product rather than first identifying needs, potential uses and the business value to customers.”

Along with a surge in interest comes the potential for hopping on the bandwagon. Blumgart said ‘AI washing’ is a natural development, like any other buzzword. “As soon as something is hot, vendors rush to claim the capability; we’ve seen it recently with ‘big data’. Some capability might have been there, but nobody knew what for or why, but everyone was talking about it. We’ll see AI go through that lifecycle, but ultimately we’ll get to what the real benefits are and be in a position to actually measure the results.”

Solving a problem
The danger with hype is that the cart can wind up being put in front of the horse and that’s not a good configuration for the bandwagon.

Whitehouse agreed; he said it’s the old case of the ‘new and improved’ badge. “It’s the problem you are solving that matters and not necessarily how you solve it. Whether or not you are using AI is irrelevant.”

McCarthyFinch is a startup funded by law firm MinterEllisonRuddWatts which is seeking to make legal advice easily accessible through AI. “Sure, we are using advanced techniques to make this happen and I am passionate about the technology – but the technology means nothing if we are not solving a problem.”

In this case, the problem Whitehouse is tackling is accessibility to legal advice, which owing to the cost of such advice, is uneven.

And being knee deep in AI, Whitehouse is in a position to make observations on the state of play – and he said that many of the ‘AI’ tools available at present are no great shakes; indeed, they may well be falling afoul of Gartner’s ‘AI washing’. “They are very, very basic. Some are pure automation, not using much intelligence at all. Others might use an entry-level learning technique, but it is still badged ‘AI’.”

Might be good for the sales pitch, but there is a downside. “That decreases the value of how we perceive what AI can do,” said Whitehouse. “But I don’t see [AI washing] stopping. VCs are throwing money at AI, with something like US$ 360 billion in investments coming in the next 3 to 4 years, so folks are rushing to say ‘we’re doing AI’.”

But who will and who won’t be doing AI also comes down to a reality of constraints outside of hard cash, Whitehouse pointed out. “There just isn’t the academic capacity, the talent, to be supporting some of the stuff. This is an incredibly complex market, with incredibly complex technologies required to bring it together. And when you do bring it together, it must have a practical use. Otherwise, what’s the point.”