News > Recession be damned: There’s an IT hiring boom

Recession be damned: There’s an IT hiring boom 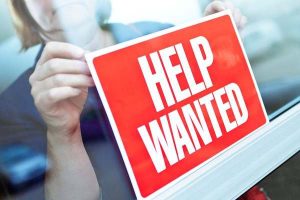 Despite the doom and gloom, there’s a big demand for skilled workers says Hays…

Recruitment company Hays’ new survey of 1100 employers shows that more than a third of them are actively hiring right now, with just 19 percent saying that a recruitment freeze is still in place in their business.

Conducted over June, the survey shows an increased focus from employers on data skills and competency in the digital environment. Particularly in demand: Infrastructure skills, software developers and engineers, and cloud architects and engineers.

Employees with skills in life sciences are also wanted, as are those with digital and marketing competencies (such as online writers, marketing technology experts and communications pros), accountancy and finance skills (especially in the field of data analytics); HR and banking.

The appetite for new hires is expected to continue for at least the next 12 months.

According to the survey respondents, they’re expecting the appetite for new hires to continue for at least the next 12 months.

The surge is to be expected, say the survey’s authors, as the global pandemic both challenges business and creates opportunities for positive change.

“Since the coronavirus crisis first began, 49 percent of employers surveyed said they have increased their adoption of agile working practices,” says the report.

And it’s not just hards skills in demand; emotional intelligence has its place amongst the ones and zeros. Topping the list is communication (45 percent), followed by adaptability (40 percent) and teamwork (39 percent).

The upswing is also confirmed by Seek Australia’s recent data release, which reveals an almost 40 percent increase in advertised jobs over April/June (following a massive 75.7 percent dip in the first week of April.)

“We continued to see promising signs within the employment market during May, with all states and most industry sectors showing positive month-on-month job ad growth,” says Kendra Banks, MD of Seek ANZ.

“We are encouraged to see industries which were hardest hit by the coronavirus pandemic rebounding at a good pace. Hospitality and tourism are up 138 percent month-on-month, with Queensland, New South Wales, and Victoria performing very well.”

While Seek says that the number of advertised professional services roles didn’t significantly increase over the same period (the communication and technology categories increased only marginally, about one percent), there are a range of factors that may explain the discrepancy, including greater utilisation of remote employees, says Banks.

As for job seekers, now’s the time to double down on those digital competencies, insists Nick Deligiannis, managing director of Hays for Australasia.

“While the coronavirus changed the job market almost overnight, there is now an increasing number of opportunities available,” he says.

“If you need to, take some time to upskill. There are a number of ways you can upskill that won’t break the bank, such as following industry leaders on social media, attending webinars, listening to relevant online content like TED Talks and podcasts, joining an industry or professional association and asking for stretch opportunities in your current role.”