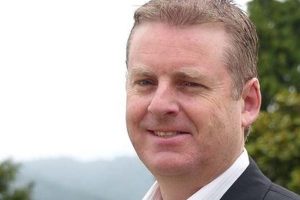 Ex-Fisher & Paykel executive Anthony Belsham has been in the top job at Fronde for seven months so far, and already the company has returned to a $1.4 million pre-tax profit. This is opposed to the previous year’s significant loss which was swiftly followed by the departure of the previous CEO. There has been plenty of industry rumour and speculation about Clarke’s departure, which Belsham admitted was “probably a mutual decision”. Clarke had been with the company for 16 years and CEO for eight of those, and the official line is that it was time to allow a fresh perspective at the helm. Asked his thoughts on the matter, Belsham maintained that part of company’s turn-around is the result of the transition begun by Clarke, who still has an eight percent shareholding in the company.

This was a sentiment echoed by Chairman of Fronde Jon Mayson in his statement when Clarke stepped down a year ago: “He had the vision to recognise seven years ago the opportunity that cloud computing would have for Fronde and the disruption it would have for the market. Under Clarke’s leadership, Fronde quickly became the market leader in cloud integration, taking enterprise and government to the cloud. He also cemented Fronde’s position through key partnerships with Google, Salesforce, NetSuite, AWS and Citrix.” Mayson added that Clarke was instrumental to the near doubling of Fronde Australia’s revenue in 2014.

According to Belsham, much of the financial loss for FY 2014-15 was an accident of timing. He said that Clarke had seen the writing on the wall for bespoke large-scale enterprise and government projects and began to make the requisite investments and changes to the company structure. The government contracts, however, dried up faster than expected and left the business in trouble. “At the start of last year we had to address some of that management overhead. When I came into the business I had to get the capacity mix right,” explained Belsham.

But reseller margins are notoriously slim these days, and all the more so on SaaS products, so how, iStart wondered, is Fronde making money? Today Fronde is going out with a new story, pitching itself as an end-to-end solution provider, focused on providing business outcomes. “A lot of technology companies are focused on just providing the technology and Fronde has probably been guilty of that in the past. We now focus on the business outcomes,” he explained. That’s not to say it is trying to be a Deloitte or McKinsey, Belsham asserted, but it is trying to offer more than just a simple coding and implementation service by identifying other business opportunities that it can help with.

Belsham offered one unnamed example customer of this extended service, whom he described as being “in the utilities space”.  Fronde had previously built them a custom SaaS solution with all the promises that SaaS brings with it, but, after a more wide ranging conversation with the business discovered that it was grappling with 800 legacy applications.

“The promise of the cloud apps that will fix everything is really interesting but when you actually look at it there is all these legacy applications that don’t integrate. These cloud solutions can make it worse,” he said. As a result Fronde is now building them a roadmap for managing these applications and to get the best out them. “It’s leading to quite different outcomes,” he said, adding that these ongoing partnerships and real relationships with customers means recurring business.

“I think we have well and truly come through that difficult period. I think there was lots of speculation but we’ve got a great strategy and lots of really exciting opportunities,” he concluded.

Fronde has seen 19 percent growth in Australia last year and has big plans to grow further, with an aspiration to be a $100 million business (it is currently sitting at $57 million) within the next three years.