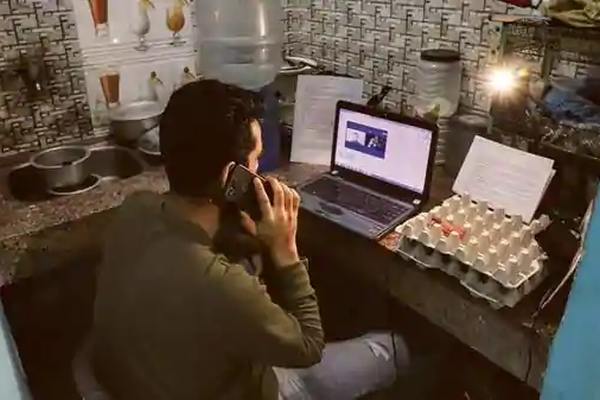 While work from home seems to be winning fans in companies big and small, a new report suggests there could also be a big trade-off underway – and it might be one companies don’t want to pay.

The research, which admittedly is courtesy of an intelligent enterprise search vendor, Sinequa, suggests remote working could be at least partially to blame for a slowdown in innovation in UK companies as remote workers struggle to access the information they need.

The report says 61 percent of enterprise workers say it’s harder to find information when working remotely, thanks to slower systems, scattered information and the inability to ask colleagues for an answer. That’s reportedly led to 28 percent of businesses having trouble innovating.

While remote teams are proving productive, business leaders are reporting a decrease in innovation.

“To do their jobs remotely, employees need access to information spread across multiple systems. They need a unified view of the information most relevant to their role.”

Sinequa isn’t alone with research suggesting innovation might be taking a hit under enforced work from home regimes.

A Boston Consulting Group/KRC Research survey of 9,000 managers and employees across Europe found that while remote teams are proving productive, with 82 percent saying productivity levels have held steady or increased under remote work, those same business leaders are reporting a decrease in innovation around core products and services. in 2019, 56 percent of leaders thought their companies were innovative with their products and services. Fast forward a year and that number has plummeted to just 40 percent.

“It’s only logical to expect to see a drop in innovation, as it’s hard for new ideas to thrive in an environment where people feel more disconnected from their employer and their teams,” Microsoft says of the research.

The cost of remote work – with all its benefits of no commute, casual dress, less distraction and time savings which can be used to improve the infamous ‘work life balance’ – ‘seems to be a loss of sense of purpose, which at work is largely driven through strong and cohesive relationships and seeing how your tasks have impact on others’, says Michael Parke assistant professor at The Wharton School of University of the Pennsylvania and research collaborator.

“Both of these are more easily accomplished when people work co-located and are more challenging when working virtually.”

It’s that issue of company culture and collaboration that has been a hot topic for the tech sector.

The move by companies including Facebook, Twitter Google and Siemens to open up to remote working indefinitely, prompted Tyler Cowen, professor of economics at George Mason University, to suggest it will destroy the fast paced, innovative cultures the tech sector is famed for.

In a Bloomberg Opinion piece, Cowen says “For all the obvious conveniences, distance work has its drawbacks.

“Elite tech companies, in particular, run the risk of losing the highly effective corporate cultures they’ve built… If the remote working trend becomes the norm for tech, Silicon Valley might end up losing a lot of what has made it special,” he says.

Cowen argues that while virtual tools can help organise teams, they can’t replicate the ‘intellectual frisson’ of gathering the smart people together ‘and this could damage performance and innovation’.

The result? Declining wages, resulting in further performance reduction and decreases in work quality. Facebook has already floated the idea that those working from home receive salary ‘fluctuations’ based on the area they live – for most that will likely translate to reductions in salary as they move to cheaper locations.

“Even as tech companies grow more essential, the geographic distribution of company activity will also make them less unique. They’ll start to resemble a typical cross-section of the workforce, with all the routines and bureaucracy that most other companies experience. They’ll have less fire in the belly to disrupt and overturn previous institutions.”

Meanwhile, Innovation and communication media in virtual teams: an experimental study, by the University of Cologne and Leibniz University Hannover, says creative performance ‘significantly decreases’ when teams communicate via chat instead of face to face, but videoconferencing didn’t have the same negative impact, offering some hope at least for companies pushing the work from home wagon. Whether staff are going to be keen to front for those video meetings from home is a whole other story.