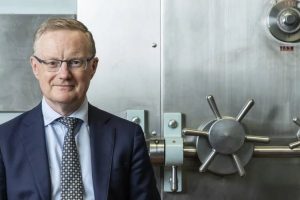 Reserve Bank of Australia governor Philip Lowe (pictured) has called out Australia’s digital identity ecosystem as being too fragmented and siloed, increasing the risk of security vulnerabilities and creating inconvenience and inefficiencies.

Speaking at the 2019 Australian Payments Network Summit, Lowe took a shot at the convoluted digital ID market and said Australia is behind other countries in creating an effective digital identity system.

“Our digital identity system is fragmented and siloed, which has resulted in a proliferation of identity credentials and passwords,” he says.

“It is strongly in their interests to make progress here.”

“This gives rise to security vulnerabilities and creates significant inconvenience and inefficiencies, which can undermine development of the digital economy. These generate compliance risks and other costs for financial institutions, so it is strongly in their interests to make progress here.”

Lowe noted the work of the Australian Payments Council, which launched its TrustID framework earlier this year, and the Government’s Digital Transformation Agency, which has been working on a ‘complementary framework’, the Trusted Digital Identity Framework (TDIF).

Also in the mix is Australia Post’s Digital iD service which, along with myGovID, run by the Australian Taxation Office (and not to be confused with myGov, which is the online portal managed by the DHS/Service Australia), has been accredited as an identity service provider under the TDIF.

Adding fuel to his comments is the announcement that Mastercard has begun not one, but two digital identity pilots in Australia – one with the aforementioned Australia Post and one with Deakin University.

The two ‘in-market’ ‘real-world’ pilots are testing a new digital ID service designed to enable customers to verify their identity immediately, without the need to carry multiple documents.

Mastercard says the offering will instead ‘activate a distributed model that blends information stored on an individual’s mobile device and verified by additional reference points, such as an individual’s bank or participating government services’.

The digital service would eliminate the need for a centralised identity database, Mastercard says, and verify identity immediately, safely and securely in both the digital and physical world.

Mastercard didn’t divulge any real specifics for the trials – particularly around how exactly it will work with Australia Post’s existing Digital iD offering, saying only that it has ‘entered into a separate partnership with Australia Post to integrate the agency’s existing Digital iD solution and expand the ability for Australians to identify themselves easily when accessing services’.

For its part, Australia Post says the pilot will help raise awareness about Digital identity and provide ‘our Digital iD users access to a larger variety of uses’.

Lowe says he wants to see more progress in digital identity, along with the New Payments Platform, cross-border retail payments and operational resilience of the electronic payments system in Australia.

“There are still some significant gaps and areas in our payments system that need addressing and where progress would support the digital economy in Australia,” he says.

“The rollout of open banking and the consumer data right should bring additional competition among financial services providers, and digital identity is likely to reduce the scope for identity fraud, while providing convenient authentication, as part of an open banking regime,” Lowe says.

He says a strong digital identity system would also open up new areas of digital commerce and help reduce online payments fraud, while building trust in a wide range of online interactions.

“Building this trust is increasingly important as people spend more of their time and money online. So we would like to see some concrete solutions developed and adopted here.” 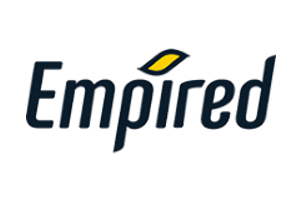