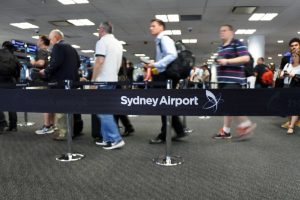 Australia may be facing a skills shortage, but expats aren’t feeling the love when they return to our fair shores and are struggling to gain work back in Australia according to a new report.

The report from recruitment company Indeed and Advance, which helps connect Australian’s abroad, highlights the skills shortage conundrum, with recruiters and returnees presenting two very different sides of the story.

The They Still Call Australia Home report says expats returning home are the key to unlocking corporate Australia’s competitive edge, but that when expats do return, they struggle to find a job and may well have to accept a demotion and a pay cut to do so.

“Returned expats have a self-inflated sense of skills and experience and expect a higher salary.”

That’s despite constant talk of skills shortages across many industries, including technology and telecommunications. The ACS Deloitte Digital Pulse 2019 report forecasts growth for technology workers in Australia will grow by 100,000 between 2018 and 2024, and says meeting that ‘voracious’ demand for more technology workers will be ‘a huge challenge’.

Of those who do return home, 34 percent claim they aren’t even landing interviews for potential roles where their skills precisely match the job requirements and it’s taking 2.1 months longer than the average job seeker for expats to secure a local job.

“Returned expatriates quite rightly come home expecting to be snapped up by an employer thrilled to secure someone with international experience,” the report says.

“But the reality is that a lot of the time, businesses favour Australians who never left our shores. Our experienced returned expats, motivated to achieve greatness in a new country, are being overlooked by businesses time and time again.”

Before we shout bias or pettiness, let’s hear the recruiters out, because, while the report claims recruiters are ‘roadblocking’ talent, the recruiters themselves have a few choice comments to make about expats – including 33 percent of recruiters believing returned expats misjudge their earning power in Australia.

“The perception that returned expats have a self-inflated sense of skills and experience is the most commonly held belief among half (45 percent) of recruiters, who think returned expats expect a higher salary.”

A lack of local business networks is also a stumbling block for recruiters, with three in 10 recruitment decision makers also saying they prioritise candidates with Australian-only work experience, favouring their knowledge of the current local industry, political climate, culture and recent history.

Other arguments against those who have been living and working internationally included the difficulty in checking references, lack of skills and training available only in Australia and awareness of local laws and procedures, and the difficulty of conducting interviews via phone and videoconference and evaluating overseas experience.

Expats, meanwhile say most commonly they’re told they’re overqualified for a role, something Yasmin Allen, Advance chairman, notes can be an issue.

“Expats themselves need to be prepared and mindful that things may have changed in their home country during their absence. Events might have taken place that have shaped Australia that may have eluded them, and they may have achieved a level of seniority that does not exist here.”

Somewhat ironically, in a time when disruption is the norm and many businesses claim they’re looking to disrupt their industry, 40 percent of recruiters said Australians who have worked overseas are more likely to be ‘disruptive’ to work processes and practices, though the report doesn’t explain exactly what it means by disruptive.

There are, however, plenty of reasons to recruit that expat, with the report highlighting the belief that a combination of overseas and local work experience brings better skillsets, including negotiation, cultural awareness and sensitivity and workplace resilience.

And there’s good news for those companies who do hire returned expats, with 71 percent reporting a positive experience. Fifty-seven percent of recruiters also noted that recruiting returned Aussies has a longer-term strategic benefit.

“While most (83 percent) recruiters said they are cautious about recommending expats who recently returned home for Australian-based roles, we know diverse workforces are more successful than homogeneous ones, which is why employers and recruiters are missing out on an untapped pool of returning workers whose skills and experiences could positively impact their company,” he says.

“In order to reap the rewards of expats returning home, employers and recruiters could embrace a change in mindset to one that looks beyond its own borders to one that prioritises ability and skill. Businesses would do well to abandon any preconceived ideas they have about what a candidate needs to handle a job and adopt policies that make the hiring process more objective.

“This will mean that in the global battle for talent, Australia has the opportunity to secure the best and brightest talent in the market.”