SAP restructures, aims for the clouds 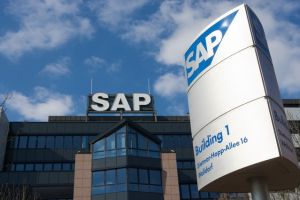 SAP has announced plans to triple its cloud earnings by 2023. The company also announced a restructure that is set to kick off in the first half of 2019.

“We’re optimising our workforce to actually increase the growth of the company.”

Early indications are that the restructuring could impact an estimated 4,400 employees. The restructuring news came to light after SAP announced mixed Q4 and full year results.

The move for greater focus on the cloud by SAP is not unprecedented. In 2017, Microsoft’s Satya Nadella cut 10 percent of their workforce in a bid to reposition Microsoft’s cloud portfolio. The move paid off handsomely for Microsoft, whose annual infrastructure-as-a-service (IaaS) market share growth (98.2 percent) outpaced that of the market leader, Amazon (25 percent) in 2018, according to Gartner. The rise of Microsoft as a cloud player translated into rapid growth in Microsoft’s Azure service, with revenues almost doubling to reach US$3.1 billion in 2017.

According to Gartner, the global IaaS market grew 29.5 percent in 2017 to US$23.5 billion, up from the US$18.2 billion recorded in 2016. The rise of cloud technologies has seen enterprises handing over their data and applications to cloud services providers, with Gartner predicting up to 80 percent of businesses will have shut down in-house data centres by 2025 (Gartner also estimates that this is currently at 10 percent).

SAP executives have disclosed few details about the restructuring, but McDermott has said he expects 4,400 employees could be affected. SAP currently employs 96,500 employees but expects this number to rise to around 100,000 by the end of 2019.

SAP is emphasising the restructure as a positive, saying it is a shift in direction instead of cost-cutting.

“What we’re doing is optimising our workforce to actually increase the growth of the company, just to be very clear,” McDermott says.

He says the move is about freeing up resources to increase spending on strategic growth. The restructuring is expected to incur expenses of US$914 million to $1.09 billion, with the bulk of those projected in the first quarter of 2019.

That said, SAP anticipates that the restructuring will ultimately result in savings of US$857 million $971 million. SAP expects that by 2023, their cloud subscription and support revenues will triple.