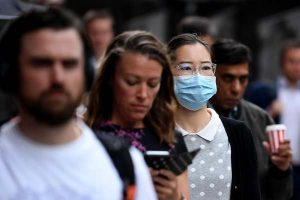 Australia’s CovidSafe contact tracing app has the potential ‘to be an important component in the management of future waves of the Covid-19 pandemic’ and mitigate the effect of new waves, according to modelling from The Sax Institute.

Stemming the flow: How much can the Australian smartphone app help control Covid-19 models five scenarios with varying rates of testing and social distancing relaxation and found in each case that high app uptake – of 61 percent or 80 percent – ‘noticeably flattens the epidemic curve, giving time for the health system to respond and social distancing measures to be promoted’.

The paper also notes that 61 percent would be the ‘best estimate’ of the proportion of the population with a smartphone, in an age range likely to use the app and with ‘sufficient technical literacy’ to download it.

“We believe the realistic range of uptake is 27 percent to 61 percent.”

Even at the 27 percent level – which CovidSafe hit in May – with a monthly 50 percent reduction in social distancing and a five percent decline in testing, the app would reduce the projected number of new cases during April-December 2020 by one quarter.

“If uptake reaches the possible maximum of 61 percent the reduction could be more than half,” the paper states.

The app got off to a hiss and a roar, with 5.7 million downloads in its first three weeks, before a dramatic slowdown in uptake – it’s sitting at around 6.4 million now, two months after it was launched ­– as doubts about the app took hold.

Early versions of the app, which includes Bluetooth to recognise other smartphones with the app and record contacts, didn’t function reliably, including switching off when some devices were locked, while debate on personal privacy and public health ethics also flared, impacting willingness to download the app.

“The potential benefits of the app, which might be realised only if a second wave of Covid-19 occurs in Australia, must be weighed against the risk of breaches of privacy, which may be realised whether or not a second wave occurs,” the paper says.

The report doesn’t attempt to evaluate security or the ethical and privacy considerations, noting they’re beyond the scope of the paper. Instead, it focuses on the efficacy of the app.

The researchers admit that as with all modelling, their report has some limitations. It’s based on a population wide ‘average’ disease profile and on behaviours generalised to the whole Australian population.

“The effect of the app may have been underestimated if the uptake is higher among younger people, aged under 65 years, and lower among older people, because younger people are more likely to contribute more to disease transmission – they are more active and mobile.”

It also doesn’t take into account things such as a mass influx of infected international travellers.

But authors Danielle Currie and Michael Frommer say we can’t afford to prematurely write off approaches such as CovidSafe, which could offer ‘large potential benefits’.

In an opinion piece in the Sydney Morning Herald the pair note that the app hasn’t detected many cases because – at least until recently – there haven’t been many cases to detect, and most have been in hotel quarantine, where contacts can easily be tracked using manual contact tracing.

“Social distancing and testing for the virus – the main control measures that the app was designed to complement – have been working well. We should not let this obscure the substantial benefits that the use of a well-functioning app can bring if we experience a more widespread outbreak.”

Privacy and data security concerns, however, continue to hamper uptake, with the paper acknowledging the impact of those concerns.

They’re concerns which could, to some degree, potentially be alleviated through the proposed Google-Apple API designed to assist public health authorities with contact tracing – however, the Australian government has ruled out shifting to the Apple Google app, citing a change in ‘the locus of control’.

Speed in testing has long been noted as a critical factor in preventing future outbreaks. Tomas Pueyo, an engineer has published numerous pieces on coronavirus, testing and contact tracing, citing data from an Oxford paper, claimed the epidemic could be ‘controlled’ if 60 percent of patients can be isolated as soon as they have symptoms and 50 percent of contacts could be traced ‘instantaneously’ and before they infected anybody (and assuming a reproduction number of 2.5, higher RO numbers mean more contacts need to be traced fast to prevent transmission).

“It’s basically telling us: If you have a three-day delay in isolating and quarantining cases, it will be awfully hard to stop the disease.”