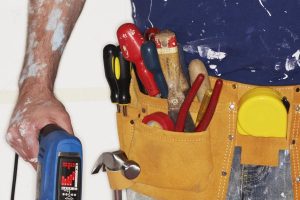 And it’s not complicated…

It’s a simple enough idea – no fancy tech required (blockchain, we’re looking at you…), but an Australian app is making in-roads with tradies keen for assistance in the growing problem of tool theft.

The app, designed by Brisbane’s Gayle Neville, enables tradies – or one assumes anyone with a wealth of tools – to capture photos of their tools and record the serial numbers, identifying marks and other records including receipts, for added proof. The app creates a ‘virtual toolbox’ – a catalogue of tools – providing a complete record of the real tools. When an item is stolen, the app generates police and insurance reports in a matter of a few clicks.

A button within the app also enables tradies to call local police direct when a theft occurs, using the non-emergency numbers for both Australia and New Zealand.

The app generates police and insurance reports in a matter of a few clicks.

The New Zealand launch of Tool Protect comes as thefts at building sites increase. Newshub reported last month that one Auckland site had been hit twice by thieves within weeks, with around $30,000 of tools taken. Police say the tools have a high resale value for second-hand dealers – or are traded for drugs.

AA Insurance, meanwhile, paid out half a million in claims for tool thefts in the year to September 2018.

Australian tradies are also feeling the pinch from tool theft, which is a growing problem with equipment stolen off the back of utes, cars and from construction sites and power tools becoming a common currency for drugs.  More than $400,000 worth of tools were stolen from a locked trailer box inside a Melbourne worksite last Christmas, in one of the more high profile tool thefts, while police recovered more than 500 stolen tools in a single raid in Victoria.

The Power Tool app was developed after Neville decided to take action after hearing husband Dan – a police officer – talk about his frustration at how little could be done to recover stolen tools.

“Police often come across rooms full of power tools but are unable to reunite these with their owners as they don’t often keep the serial numbers or an up-to-date list of their tools,” Neville says.

Given that tradies are so often tied to the mobile phones, the idea of an app to solve the issue seemed logical, Neville says.

“I just thought tradies love their phones, they just need an app to make it easier to store details.”

Since launching on the Australian market in June it’s been pocketed by 2,300 tradies – albeit, at the moment it’s available for free and the real test will come when tradies are required to put their hands in their pockets and pay the yearly subscription.

Neville, however, is confident in the product’s future.

While it won’t stop tools from being stolen, Neville says it makes stealing tools harder because the serial numbers of stolen tools will be available to police.

“It will shut down stolen tools sold through second-hand stores,” Neville says.

The app is also designed to ease the process of reporting a theft – and the all-important insurance claim, which can be a lengthy process and one which, without proper records, can see full repayment values not given.

Neville says it can also be harnessed to make ordering replacement equipment that much easier, with all the information right at hand. 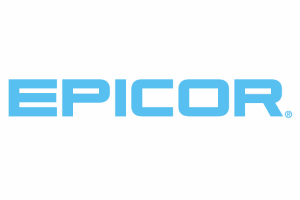