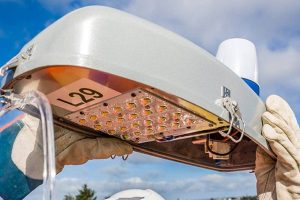 A new paper from Juniper offers a couple of startling numbers around IoT growth: The low power or ‘LPWAN’ IoT market – that’s the low-priced SIM-card-plan free wireless connections suited to asset monitoring – is set to grow by 800 percent over the next five years. The study also predicts that global service revenues from low power IoT technologies will rise from US$290m this year to exceed $2.6 billion by 2024, while the number of cellular low power IoT connections will reach 156 million by 2024, up from four million in 2019.

By any measure it’s a serious forecast for growth that is being driven by the rise of the sensor-enriched, hyper-connected city and a similar drive in the provinces to monitor all manner of agricultural activity.

“The IoT baton has now been passed to device manufacturers and both private and public sector organisations.”

“We have identified smart cities as a sector primed for disruption from low power IoT technologies,” says the research company. “Use cases such as smart traffic monitoring, smart parking and connected refuse collections, will be those which will benefit from the low cost wireless connectivity.”

In response to the prospects for market growth, all the major telcos across A/NZ have built LPWAN offerings. Thinxtra has also rolled out a Sigfox network across the region. Telstra has published LTE-M1 (essentially traditional cellular) and NB-IOT (an LPWAN standard alongside LoRA and Sigfox) coverage maps.

It’s clear that, for all intents and purposes, coverage is no longer an issue for 95%+ of “populated” areas. While telco network development and testing are ongoing, the IoT baton has now been passed to device manufacturers and both private and public sector organisations to manufacture, test and productionise sensors that are optimised for their location and application.

So if long life, low power and cheap to run IoT network and sensor technology is driving the market, then why all the noise about 5G and IoT?

“The 5G evolution of mobile connectivity will accelerate digital transformation in ways we can only imagine,” says New Zealand’s IoT Alliance. “The reason we need 5G is not so much about bandwidth, but simply the vast number of IoT devices which are expected to be deployed over the next decade.”

“Whilst IoT devices and networks of today are all about small packages of data and long battery life, the requirement for more real time data and consumer level devices and wearables, one of the real business drivers for 5G is actually IoT.”

That translates to 5G being an essential component in complex, mission critical and real time applications where power and cost restrictions diminish, such as in autonomous vehicles.

The IoT Alliance has estimated a billion IoT connections in New Zealand by 2025. Much of that growth is likely to emerge from successful agritech ventures, such as Lincoln University’s IoT-enabled Kowhai Farm project.

So, backed by modest political will, New Zealand is already making strong headway. The Australian Government – at least at the federal level – has been slower to respond to IoT opportunity, even as new reports show productivity stalling and with its own stated intention to boost its AU$60 billion agriculture industry – based largely on the perceived opportunities around leveraging IoT – to $100b.

The Victorian Government is one state taking tentative steps, planning on-farm viability trials of IoT technology and offering AU$30,000 in grants for 600 innovative farmers, all in the name of testing the impact of IoT on Australian farms. Agriculture Victoria will provide IoT connectivity in the trial regions as well as digital literacy training for farmers and capital to invest in on-farm IoT technologies.

The outcomes from the trial will inform the Victorian Government’s longer-term response to digital agriculture opportunities, although the region’s investment has already been significant: The trial is part of a larger AU$45 million ‘Connecting Victoria’ initiative, an attempt to improve digital infrastructure in the region.