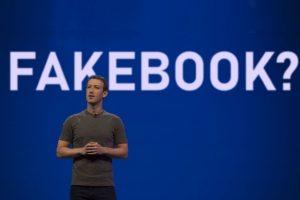 Could we end up with Fakebook?…

Online fact checker, Snopes, has walked away from Facebook’s fact checking initiative amidst scathing comments by ex-staff who say Facebook ignored their concerns and that the partnership has been unsuccessful in combating misinformation.

Facebook kicked off the fact checking programme after the 2016 US presidential election. During the election, Facebook came under pressure as reports of fake posts and political propaganda hitting hundreds of millions of Facebook users surfaced.

Snopes was not a sole partner in the programme. Facebook utilises 33 other fact-checking partners around the world to check content in 16 different languages.

“We estimate that anywhere between 30,000 and 40,000 links to false content, possibly many more, have been flagged.”

Other partners, including Associated Press, Factcheck.org and Politifact, have all denied that they too are exiting the fact checking programme. AP told TechCrunch that “AP is in talks with Facebook and we fully expect to be doing fact check work for Facebook in 2019”. Both Politifact and Factcheck.org also confirmed they are not exiting.

Snopes’ decision to exit the programme came amidst growing tensions between Facebook and Snopes.  Many Snopes employees have been quoted saying that their partnership lacked transparency and was often one-sided.

While Snopes and Facebook only recently publicly admitted that their partnership had come to an end, the writing had been on Facebook’s wall for some time. Snopes had stopped fact-checking Facebook posts at the end of 2018 when their $100,000 a year contract with Facebook ended. The split only become public news once both sides conceded that efforts to renegotiate a new contract had failed.

While other fact checkers are still working with Facebook, the departure of Snopes needs to be viewed against the sheer scale of the issues Facebook fact-checkers face.

Clearly, Facebook and their fact-checking partners are facing a task of herculean proportions.

Given the sheer size of the problem, the overall effectiveness of manual fact checking is questionable. According to the Poynter journalism institute, only a tiny fraction of Facebook’s mountainous piles of data is getting fact-checked.

“We estimate that anywhere between 30,000 and 40,000 links to false content — possibly many more — have been flagged as part of the partnership,” Poynter says.

Making matters worse, ongoing tensions between fact-checking partners and Facebook are growing. According to the Columbia Journalism Review, “there is an ongoing struggle within the partnership to define ‘fake news’ in a way that doesn’t leave most of the classification power with Facebook, and a general unease among partners about how opaque and unaccountable much of the arrangement is”.

The extent to which these tensions existed bubbled to the surface last year when the Guardian published a report highlighting fact checker partner frustrations arising out of what they saw as a lack of transparency by Facebook.

Former Snopes managing editor and critic of the Snopes/Facebook partnership, Brooke Binkowski was scathing, saying: “They’ve essentially used us for crisis PR. They’re not taking anything seriously. They are more interested in making themselves look good and passing the buck… They clearly don’t care.”

Opinions remain divided as to the effectiveness of Facebook’s war on false news. While some say that the Facebook partnership with fact checkers is a positive, fact checker resentment grew following recent revelations that Facebook had paid a consulting firm to go after opponents by highlighting their association with billionaire philanthropist George Soros. The attacks fed into conspiracy theories of Soros being behind numerous liberal causes and other events. It later emerged that Sheryl Sandberg, Facebook COO, had directed staff to research Soros’s interests following his negative Facebook comments.

For many fact checkers, this was the final straw. One fact checker, who spoke on condition of anonymity, was quoted by the Guardian saying “Why should we trust Facebook when it’s pushing the same rumours that its own fact-checkers are calling fake news?” These sentiments were echoed by Binkowski, who said: “You cannot speak truth to power if you’re being paid directly by power”.

Facebook needs to get his sorted as quickly as possible as there’s a lot at stake. Having already racked up some of the biggest losses in US sharemarket history last year, Facebook investors are still jittery. The company’s reputation is likely to continue to come under considerable public scrutiny and Mark Zuckerberg needs to be able to reassure investors around data privacy, and fake news or these two issues may undermine Facebook’s business model.