News > Is the countdown on for a social shakeup?

Is the countdown on for a social shakeup? 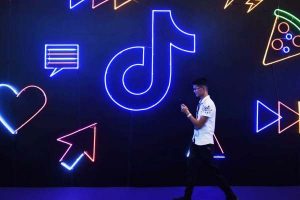 Just two years out of China, social media app TikTok is making rapid inroads into online entertainment globally, with some big name organisations using it to reach consumers and local usage on the up.

The We Are Social Digital 2020 report shows the video sharing platform’s mobile app was the fourth most downloaded app globally in 2019 and entered the Australian listings at fifth, behind Messenger, Netflix, Spotify and Instagram.

It is also seventh most used social media platform globally and made it onto the Australian list at 16th with eight percent of internet users aged 16 to 64 visiting the platform. In hard numbers, that’s 1.8 million visitors a month for the platform, which while launched in China in 2012, only launched outside that market in 2017.

“I’ll bet my lunch that TikTok will be upsetting more of the established social platforms this time next year.”

“That’s huge for such a ‘new’ platform,” We Are Social says. “The actual total number of TikTok active users is guaranteed to be even larger considering the platform skews very young and the survey data only goes as low as 16 years old. I’ll bet my lunch that TikTok will be upsetting more of the established social platforms this time next year.”

The platform – which allows users to make short, looping videos complete with musical overlays and visual effects – might be best known as a teen playground, full of weird challenges and often even stranger videos, but it’s also home to increasing numbers of organisations such as the NBA, Washington Post, Burger King, Guess, San Diego Zoo and the United Nation’s International Fund for Agricultural Development.

And it doesn’t yet feature in We Are Social’s New Zealand results (Kiwis, it seems are sticking with the tried and true: YouTube, Facebook, Messenger, Instagram and Pinterest topping a list of most-used social media platforms that fairly closely mirrors Australia, with home-grown Neighbourly taking eleventh spot. TikTok is however, the top listed entertainment app currently in both the Apple and Android app stores in New Zealand.

Nonetheless, the growth of the app is sparking interest – and not all of it positive. While some companies are looking to harness it for social marketing (Hubspot has it as a young social media platform for marketers to watch in 2020 as companies harness its potential for influencer marketing or an outlet for original branded content), the United States’ Transport Security Administration has joined government organisations banning its use amid concerns of, you guessed it, security risk given its Chinese ties.

“TikTok is a potential counterintelligence threat we cannot ignore,” two US senators said in October, in a letter to the acting director of National Intelligence.

Despite that, We Are Social’s Digital 2020 shows 800 million monthly users for the platform while Roy Morgan data also shows the growing use of TikTok in Australia. It has more than 1.6 million Australians visiting the website or using the app in an average four weeks. That’s equivalent to seven percent of the population aged six years or over.

Women and girls are leading the charge, comprising over two-thirds of the current TikTok user base.

“Only time will tell if the TikTok hype will last,” Digital 2020 says, “but it’s popularity tells us a lot about the future of social content. Marketers should use these insights to adapt their strategies on established networks for the next generation on social.”

The Digital 2020 report’s other themes stay loyal to recent years: The growth of social users, and mobile users in particular, an increasing move to block or avoid ads and our continuing love affair with YouTube and Facebook – despite all the negative fallout the big platforms have seen in the past 12 months.

For companies, We Are Social says that means there’s never been a bigger need to make sure content is fit for mobile and adding value.

“It needs to stop them in their tracks, make them pay attention and make them feel something to ultimately move the needle and impact the bottom line.”

Brands need to behave ‘more like people’ to sell on social, with Gen Z expecting more intimate communication with brands and people they shop with online, while augmented reality will help people experience products and brands in the digital arena and shoppable posts and ads will add functionality and value – whether an in-feed game, telling a background story or offering an education – to people’s feeds.