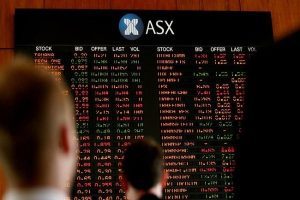 The Australian Stock Exchange has endured a late start, a wobbly middle and an early close…

And all that on a Monday. A hardware failure was blamed for the problems, with that failure leading to what the ASX described as a “number of knock on consequences.” It was quick to refute suggestions that there had been any form of cyber-attack on the Exchange, which in August handled daily trades worth $4.1 billion on average.

While the market did open for a brief period on Monday, participants reported having trouble accessing the trading platform, ASX Trade. The ASX limited operations to one part of the market, then opened the market entirely for a period, before shutting down the system and finally deciding to close early.

A statement issued late Tuesday night indicated that the ASX was scheduled to open as normal on Tuesday with closing prices deemed as the last traded on the ASX indicating that the integrity of the data held by the Exchange remains intact.

The ASX is mid-way through a five year refresh of legacy systems under the leadership of CIO Tim Thurman. Just last month Thurman spoke at a media conference to explain that the ASX was one of the few international exchanges that was vertically integrated and had developed a complex web of systems involving hundreds of customised APIs to integrate all of those systems.

It is well on the way to streamlining the situation, and has also embraced a DevOps approach to innovation initiatives and started to migrate some applications to the Amazon cloud – all of which would once have been unthinkable in what has traditionally been a highly conservative IT shop. That is no longer the case, however, and the organisation is now also developing a blockchain-based replacement for the CHESS settlement platform with New York Based Digital Asset Holdings in which it has taken a multimillion dollar stake.

The ASX has also invested in ensuring its system is as secure as possible and has had its platform tested by market regulator ASIC. Amanda Harkness, group general counsel and head of corporate affairs for the ASX, spoke at length last week at the SINET61 Summit about the programmes that the Exchange has in place to protect it from external attack and to ensure the resilience of the market.

Yesterday proved, however, that it can all still be undone by faulty hardware.