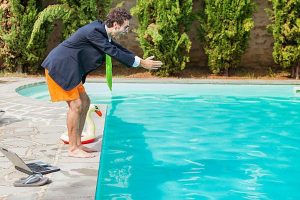 Local businesses up their partnering for success…

Digital co-innovation, digital KPIs and smarter ecosystems will be on the cards for many New Zealand and Australian companies in the near future, as the focus of digital transformation in leading businesses shifts from the technology to the enablers of DX excellence.

That’s according to IDC, which says the future of culture, co-innovation, smart ecosystems, cyber secure platforms and digitally enhanced workplaces will be on DX leaders’ agendas in the coming years.

“Up until now a lot of KPIs have been the traditional IT KPIs, and they’re no longer relevant.”

The push for co-innovation is one of 10 digital transformation trends highlighted in the IDC FutureScape: Worldwide Digital Transformation 2020 Predictions, which aims to offer direction to local companies on where they should prioritise investment to become digital leaders.

Digital co-innovation
Francis says developing partners who you can co-innovate with is a big trend locally, and one where New Zealand is leading the charge.

Kiwi engineering and professional service consultancy Beca is one company doing a lot in the co-innovation area, particularly around the adoption of new technology such as augmented and virtual reality, in order to enhance its standing as a leader in innovative engineering services.

The company has innovation partnerships with innovation service provider Creative HQ, and launched a digital innovation hub in Singapore supported by the Singapore Economic Development Board. Beca’s co-innovation isn’t all external either: The company has established an internal New Ventures Accelerator to accelerate ideas from its own staff.

McCarthyFinch, meanwhile is a collaboration between MinterEllisonRuddWatts and Goat Ventures developing legal AI solutions. The company, notes Francis, is now seen as a digital leader not only in New Zealand but in the global legal community.

“And although there is not much detail, RocketLab’s work, particularly the investment from Lockheed Martin, will probably shape out to be a big example of this and something to keep an eye on – not just this partnership but all partnerships because this is an industry that thrives on co-innovation,” Francis says.

She’s predicting co-innovation will see more investment in the coming months and years as companies invest in R&D and more partnership are formed between business, academia and government.

“We already see that but will see more and more as businesses start to build that trust framework to enable it,” she says.

“Businesses are looking at what they need to do in two, three or four years’ time and saying ‘these are the innovation partnerships we need to form now. They are not necessarily going to impact our business in the next year but to get to where we want to go this is the map of partners we want to deal with in that innovation sphere’.

Smarter, customer driven, ecosystems
Tying in with digital co-innovation is the trend of ‘ecosystem force multipliers’.

“We’re finding that companies who are providing services or products are developing smart ecosystems,” Francis says.

“They’re not just going out and getting as many partners on board as possible; they’re looking at what their customers are driving towards and developing an ecosystem based around what customers need at that point in time and then evolving it. It’s like a live ecosystem so they will constantly review it, audit it and make sure it is keeping track with the changing needs of the customers.”

The move is being driven by more customers who are now more savvy about the partners their suppliers have and are starting to question why certain partners are being used.

Leading companies are increasingly focused on measuring how well their ecosystem is delivering to customers and the improvements that could be seen by bringing in new partners.

“They’re getting quite specific about the ecosystem and measuring the value of it.”

Taking KPIs digital
And on that measurement front, Francis says companies are increasingly asking for advice on digital KPIs.

“Up until now a lot of KPIs have been the traditional IT KPIs, and they’re no longer relevant,” she says.

While those traditional metrics have been about things like percentage of IT projects on time and on budget, downtime metrics, IT spend (actual versus plan) and the cost of maintenance versus new investment, companies are now looking for digital KPIs which can accurately capture business performance and the financial impact of DX.

“We’re talking about projects that are very much business speak type projects – they’ve got business outcomes, they’re dealing with CEOs and boards, so when they propose a transformation project to the CEO and board it’s like any other kind of business case now. They want to know how you’re going to measure the results and they want to be quite specific about how digital or technology is going to produce a better result than if they went down a more traditional business path. They want to know that differential between doing it with digital and doing it without digital.”

Digital KPIs is an area Francis says New Zealand is leading Australia. Despite that for more than half of Kiwi organisations, outdated KPIs are still a significant barrier to their DX journey, and only a third have successfully implemented multiple digital KPIs to accurately capture business performance and the financial impact of DX.

“These digitalisation efforts positively impacted top and bottom lines by at least 20 percent,” she notes.

Francis says the digital KPIs in use include digital innovation rates, such as investment, ROI, number of initiatives versus their roadmap etc; customer advocacy such as NPS, which IDC is seeing increasingly used internally to measure the impact of digital on employee satisfaction; and data capitalisation measuring the return on data related investments.

The data capitalisation KPI is one Francis says she expects to be an area of focus for many businesses in 2020/2021.

It too, has strong links with digital co-innovation.

“You can’t have that digital co-innovation without the culture of the organisation accepting that they can’t do everything externally, they have to partner up and it’s a lot more complex than it used to be.

“That culture is key to pretty much all the other predictions, but it is harder to measure.”

It is however, already starting to permeate annual reports where companies are beginning to talk about transformation, culture, the workforce and how it is changing.