News > Tech a poor cousin in M&A due diligence

Tech a poor cousin in M&A due diligence 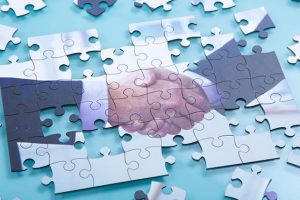 Lack of proper planning around IT systems integration as part of merger & acquisition negotiations has been cited as a key reason for failure according to recent Deloitte research.

“Even when synergies are reasonably estimated, prospective value can be forfeited when business leaders fail to adequately align the post-purchase integration approach with the pre-purchase strategic rationale.”

“Frequently, neither team understands how to support Day One objectives or deliver longer-term synergies.”

There’s a knowledge gap, says Heera, and the numbers seem to reflect this. Despite the strong deal environment locally and worldwide, around 40 percent of Deloitte’s respondents say that half of their M&A deals in the past two years failed to generate the expected value or ROI, with an increasing number of respondents citing gaps in integration execution as a key contributing factor.

Simply put, current M&A practices are too often rife with uncertainty, unclear objectives and disappointed expectations and a lot of that comes down to planning.

“The IT departments of both organisations are often behind the eight ball because of an aggressive close date,” says Heera. “Frequently, neither team understands how to support Day One objectives or deliver longer-term synergies.”

This fundamental lack of clear objectives can be devastating to M&A success says Deloitte, as IT leaders too often focus on tactical requirements at the expense of broader strategic aims and even obvious priorities – such as core customer services and skill retention.

“In one recent merger, the combined company’s leaders initially selected the acquirer’s ERP as its go-forward platform, but over time, they came to recognise the application was incompatible with deal objectives,” explains Deloitte.

“Business leaders eventually decided to use the target company’s ERP instead, but not before losing key IT staff with application-specific expertise.

“Taking the time to define IT strategy and vision upfront could have prevented integration delays, personnel loss, and unnecessary expense.”

So what role do CIOs actually have in all this? And how can they contribute to the success or failure of a business’s M&A activity?

The first step is to ensure the deal motive is clearly articulated.

“A clearly defined deal motive and supporting priorities are the foundations of the underlying strategies of all business functions, including IT,” says Deloitte.

Next, start building relationships with key IT stakeholders.

“Engaging stakeholders from across both legacy companies in developing IT strategy is critical for identifying stakeholder incentives, laying the groundwork for collaboration, and obtaining buy-in.

Deloitte says merging companies need to develop guiding principles for the joint IT of the organisation, and engage those key IT stakeholders in an IT integration ‘steering committee’.

“As the first order of business, CIOs can help define and ratify rigorous IT guiding principles, which can enable stakeholders to identify and prioritise incentives, including those that may be out of sync.”

Next, engage that committee to establish a clear IT vision and integration strategy that aligns with the declared motive.

“The steering committee’s next objective can be to ratify a clear target state IT vision and integration strategy that defines the combined IT organisation structure, operating model, application portfolio, and infrastructure architectures.”

“IT leaders can make organisation alignment a formal workstream within the IT integration program and enlist a dedicated team that reports to the IT steering committee to drive it.”

The report also advises that mergers and acquisitions are forming an increasingly common part of business strategy and growth as companies look to consolidate with competition, acquire new customers and, interestingly given the failure issues raised, add new tech to company product portfolios.

“Frequently, neither team understands how to support Day One objectives or deliver longer-term synergies.”

In addition, says the report, of the 1,000 executives surveyed “there is strong sentiment” that the size of those transactions will be even larger than those brokered in 2018.

So increased M&A activity is likely afoot, but we’ve still got lots to learn: Mergers and acquisitions are complex propositions at the best of times. Add IT integration issues to the mix, and a well-defined vision and strategy is almost certainly a prerequisite for success says Deloitte.