News > No shortage of ideas, but skills drag

No shortage of ideas, but skills drag 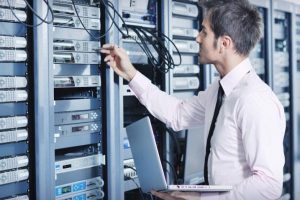 Generally, startup companies attend the event – which for the last eight years has proven a magnet for venture capitalists and angel investors – to secure funds or management talent and advice. This year, company after company acknowledged that it was access to skills which is proving the biggest barrier to growth. Specifically, more developers are needed.

Some made quite candid statements to the effect that they didn’t need money – some were listed, some were already cash positive – but they did need skills, and were attending the event to try and poach some.

Lorica Health CEO Paul Nicolarakis was on the cash positive side of the house – his business identifies fraud and waste in healthcare, and its software and services have been deployed by health insurers to recoup funds. He invited any developers wanting a job to approach him directly.

Sean Hamawi, co-founder of software business Plutora, was in the same boat, telling delegates at the event; “We have struggled to hire …Sydney is equally as challenging as Silicon Valley.” He said that Plutora was forging links with universities in order to take the cream of the crop of graduates from UNSW and Sydney University.

Plutora was one of a series of enterprise focused startups at the event, with its platform to test and manage software releases from large scale DevOps teams. Started in 2012, Hamawi said that the company would this year achieve just under $9 million in revenues, with a customer base of blue chips including NAB, Target, and PayPal.

Unlike many companies which often attend Tech23 cap in hand, Plutora had actively avoided taking any venture funds, he said. “We are still self-sufficient and have no external VC,” that, he added, thanks to a strong global pipeline.

While access to skills was a persistent theme at Tech23, the diversity of innovation on display was as broad as ever – ranging from the listed ResApp which is developing a smartphone solution that will allow respiratory diseases to be diagnosed by people coughing into the phone, through to Biteable, an online video creation tool aimed at SMEs, that does for video production what Canva did for graphic design.

Artificial intelligence and machine learning were also showcased by a range of companies leveraging the technology for everything from mass surveillance from Black AI to intelligence software for drones by Hovermap.