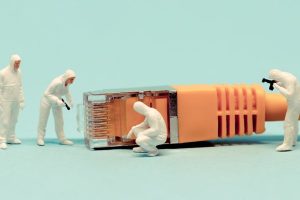 We reflect on the tortured history, and compare the NZ experience…

The NBN rollout continues to be a thorn in Telstra’s side hobbling its performance, with the telco paring interim pay-outs to shareholders after a 28 percent dip in its first-half profit to $1.2 billion.

Telstra’s revenue for the six months to December dropped 1.7 percent to AU$12.6 billion as competition in mobile grew and the NBN continued to drag the telco’s performance down.

“The the revenue and value is being transferred to the NBN and that is reflected in our income, profit and dividend.”

Telstra CEO, Andrew Penn says “Telstra’s circumstances today are very different from what they were before the NBN…that part of our business – the revenue and value – is being transferred to the NBN and that is reflected in our income, profit and dividend.”

It has been annus horribilis for the Australian incumbent telco. The result caps off a turbulent 2018 that saw the company announcing plans to axe 8,000 jobs as a response to its weakest annual profit in the last six years.

The latest half-yearly earnings report claims the rollout of the NBN network impacted Telstra’s results. NBN doom and gloom aside, Telstra did record increases in their mobile business.

As the NBN’s copper clause continues to bite, and mobile competition only intensifies, Telstra faces yet more downside risk. So what went wrong?

Telstra’s difficulties with the slow-moving train wreck that is NBN begs for comparison with Australia’s closest neighbour, New Zealand.

Perhaps most frustrating of all is the fact that the abysmal performance was so avoidable. Telstra originally proposed that they’d build a super-fast broadband network. It said this could be done at no cost to taxpayers and free of any government subsidies. If the then government and ACCC had allowed this to happen, the private sector would have been building the broadband network free from political intervention, much like what has happened in New Zealand where the funding was essentially privatised.

The issue soon became highly political when Telstra asked for a regulatory holiday to exempt its new fibre investment from any requirement to share it with competitors, anathema to the public and politicians alike. As a fall-back position, Telstra also gave regulators the option of having the ACCC nominate prices for access to the new network. The ACCC refused to engage, and the Howard government refused to make any of the required legislative changes. (In New Zealand, fibre pricing is commercially set with the Commerce Commission charged with resolving any price negotiation failures). The situation became increasingly drawn out as the Labor Party, under Kevin Rudd, came to power.

By comparison in New Zealand, the incumbent telco, Telecom New Zealand, underwent structural separation, which saw their wholesale network infrastructure business spun off as Chorus. In September 2009, John Key’s National government set up Crown Fibre Holdings, a government body charged with funding the private sector fibre build outs – by Chorus and other fibre companies – and committed to an all-fibre network across New Zealand, announcing they would partner with the private sector in a bid to achieve 75 percent population coverage with fibre within 10 years.

Back in Australia, the Rudd government ignored the economics and committed to an even higher penetration of fibre to Australian households – 93 percent – saying that fibre-like performance in remote areas could be achieved using satellite services.

Now, almost a decade later, New Zealand has surpassed its initial goals and delivery has been largely achieved both on budget and on time. The Key government contracted the work to a group of private companies.

While in Australia, under a nationalised telco structure, the NBN rollout is running more like a full derailment in terms of budget, performance and timing.

The Australian Labor government’s then Communications Minister, Stephen Conroy, convinced Rudd to establish ‘NBN Co.’ as a government controlled organisation to build the National Broadband Network (NBN). It was a rather hurried initiative – rumours were that the initial finances were scribbled out on the back of an envelope while they were on a plane trip together.

From there, the situation quickly deteriorated. Negotiations with Telstra to build the network collapsed, despite the help of an AU$4.7 billion investment from the Rudd government.

As the 2010 election rolled around, the NBN came under intense political pressure. The Coalition argued the NBN model was flawed, and that the fibre roll-out was overly expensive and would be inefficient, saying that projected costs would be tens of billions more than the AU$43 billion Labor had claimed and NBN Co. was never going to make the 7.1 percent return Labor had promised. With numerous delays and cost over-runs, enough was going wrong with UFB to stoke an already well heated political debate.

By the 2013 election, with politicians on the hustings arguing the toss over networking technology they knew little about, the Turnbull government was beginning to talk up a version of NBN that featured a mix of technologies, including older copper lines for connections to homes and businesses and fibre extending only to street-side cabinets.

The Turnbull government said this would be tens of billions of dollars cheaper, allow for a faster roll-out and deliver speeds adequate for household use. The mantra ‘faster, cheaper, sooner’ quickly became the Coalition promise.

This version of the NBN still turned out to be extremely expensive with AU$49 billion and more spent so far. Protracted negotiations with Telstra around payment for the use of its copper ran for more than a year, slowing things down further.

While the NBN roll-out has gained momentum in Australian cities (the number of premises passed is heading upwards of six million), the number of angry customers has also grown with many complaining that speeds drop significantly during peak times. It turns out that while New Zealand consumers can enjoy real-world speeds of 700-900Mbps, Australian ISPs are reluctant to pay costly NBN bandwidth fees, otherwise known as connectivity virtual circuit (CVC) charges. Under yet more political and public pressure, NBN Co. decreased the CVC charge, but many ISPs are complaining that it has become difficult to maintain margins and keep NBN prices at levels acceptable to customers. Because of this, ISPs limited the capacity they bought, which in turn affects performance at peak times. New Zealand has no such charge.

The problem has become so endemic that many Australians are choosing to stick with legacy copper services such as VDSL or cable. However, with a forced transition to NBN in play as copper gets switched off 18 months after NBN becomes available, that option is fast being closed down.

Poor technology choices, obstructive politics and growing public disquiet have so far not played well for Telstra. In their half-yearly earnings report, they claim that the rollout of the NBN network has impacted their results. Penn suggests that if a Labor government adopted a ‘more sensible’ approach to NBN, cost savings could get delivered to telcos, as well as NBN customers in the form of more affordable plans. The Opposition wasted no time seizing the opportunity with Shadow Communication’s Minister Michelle Rowland saying Labor will examine NBN pricing as a priority if they win the upcoming election.

While New Zealand’s UFB involved little political fallout and made good use of the private sector, telco commentators are saying that there has been a ‘market failure’ in Australian telecommunications. Taking the history of the NBN into account it is more apparent that the government’s State-owned regulatory framework is the problem, and Telstra – along with its myriad private and institutional shareholders  – are now paying (again, in taxpaying shareholder’s case) for the ongoing troubles.