News > The curious case of the Huawei ‘ban’

The curious case of the Huawei ‘ban’ 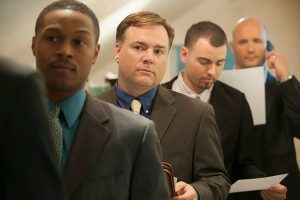 It’s the ban with more holes in it than a horse trader’s mule, and the latest instalment in the long and convoluted tale that is Trump’s ‘blacklisting’ of Huawei, has seen Microsoft granted a license to deal with the Chinese company.

In May, the US put Huawei on a trade blacklist, effectively preventing American companies from selling US technology to Huawei – the world’s second largest smartphone provider, fourth largest tablet provider and largest telco equipment provider – unless they had a license.

Huawei has repeatedly denied suggestions it spies on users and customers for the Chinese government and openly invited evidence to the contrary.

The software giant isn’t alone in being granted licenses to deal with Trump’s public enemy number one, with reports that around 75 licenses have been approved. About 300 applications for licenses had been received by the US Commerce Department, and half of those have been processed, with a 50 percent success rate in gaining approval. So far, there’s been no reprieve for Huawei on the Google front, with the Android maker not having been denied, but also not having received, a license yet.

Huawei, meanwhile, was quick to take advantage of the new licenses, releasing two new laptops shipping with the Microsoft Windows 10 operating system, just days after the license was issued. Huawei had cancelled the launch of a new product in the MateBook range in June because it didn’t have access to the Windows operating system and Intel processors for new products.

The MateBook range wasn’t the only Huawei offering to suffer in the wake of the political gamesmanship: The company’s Mate 30, which is just being released in Europe after selling seven million units in two months largely in China, comes without access to Google’s apps or Android ecosystem. The Mate Pro is available in NZ and, in a limited release, in Australia.

It’s been a long and chaotic road since the US put Huawei and 70 other companies on an ‘entity list’ requiring government licenses to in order to buy or transfer American technology.

The move had big ramifications for Huawei, with Google saying it was blocking all future access to Android updates for Huawei and UK chip manufacturer ARM ceasing business with the brand, along with other vendors fearful of sanctions by the US government.

But the ban was immediately followed by a series of ‘temporary’ licenses enabling business to continue between the companies. Come July, talk was around the US government easing the ban.

The farce continued though, with Huawei gaining another 90-day extension enabling it to buy US parts for existing products – but the ban being extended to 46 affiliates.

Huawei’s Q3 earnings hid the full impact of the ongoing US hostilities, with the company recording a 24 percent increase in revenue. The company, which isn’t publicly listed, discloses only limited financial data.