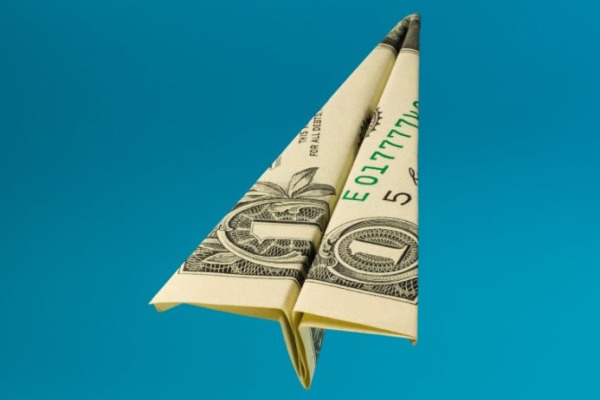 The two money movers are, in many ways, at either end of the spectrum. Western Union, a 170-year-old US institution, which has seen more than its fair share of market disruptions and which remains one of the largest players in money transfers, and Airwallex, founded in 2015, reaching unicorn status in 2019 and just last week announcing another US$100 million has been added to its Series D round, bringing its valuation to US$2.6 billion.

Vijay Raghvani, Airwallex head of sales, says he’s been somewhat surprised – in a good way – by the reaction of established players to Airwallex.

“The market place is continually innovating and growing and we are certainly engaging more with the traditional players than I thought we would to be honest, and that’s a great sign.”

“Governments are needing to update regulations but they are moving a lot faster than they have in the past.”

When it comes to Western Union specifically, he plays down any competition and is adamant the old-timer isn’t a dinosaur.

“There is absolutely a market for moving those currencies across borders in that way. Let’s not forget that for Western Union or TravelEx, a large part of their market is that consumer market as well,” he says.

Originally started to provide a faster, cheaper way for businesses to make cross-border payments, Airwallex’s lineup has expanded to include foreign currency accounts and borderless cards with Visa, international money transfers and a suite of APIs that enable companies to carry out actions such as accepting and managing international payments and manage foreign exchange risk. Payments for domestic transactions are also available.

Last week’s funding announcement was accompanied by news the company is hiring 500 more staff and plans to expand its presence in existing countries, including the US and UK, and expand its payment coverage to new regions and add more products, including physical cards.

The company is also eyeing up a New Zealand launch, though Raghvani was coy on details with the company still in the process of putting together plans to launch locally.

“It’s very important to us and it is on the roadmap and we are working closely with the regulation and compliance team to do that,” he told iStart.

Raghvani points to Airwallex’s rapid growth – it now employs more than 600 staff across 12 offices globally and is on track to exceed US$100 million in revenue this year – as confirmation that co-founder Jack Zhang wasn’t alone in his frustrations as a small business owner trying to import coffee cups for his coffee shop. It was that seemingly simple issue that ultimately spurred the launch of Airwallex.

“He was just amazed at the cost to move money around.”

It’s a common pain point for business. Raghvani says the company’s customers include businesses looking to grow or scale across borders and needing to handle different currencies, and domestic operators needing to bring stock in or work with vendors and suppliers in other markets.

“We have broad range of customers but the commerce companies tend to utilise us a lot at the moment and part of that is from the last 18 months or two years where businesses have had to move significantly online.

“The trend was happening anyway over the last seven or eight years but that significant land shift happened in the last two years and has helped scale and we’ve given a lot back to those businesses – helping them move their funds across faster, collect from selling overseas and to distribute again as well.”

But Raghvani acknowledges that breaking into the larger enterprise market remains a challenge, with enterprises often hindered by internal processes, the complexity of shifting their existing accounts and their ties to traditional banking.

Instead, those that do find their way to Airwallex come seeking help for particular pain points, and the most common of those is the desire to expand into a new geography, Raghvani says. Moving between currencies can see some businesses losing up to 10 percent to bring money back home.

Over at Western Union, Steven Dooley, currency strategist for the company’s Business Solutions arm, admits many fintechs are after some of Western Union’s audience.

So what sets Western Union apart? “It really comes down to us having that experience, that network, that relationship with the global banking network to deliver an experience that is better and more in line with our clients’ needs.”

The company has a large physical agency network, handing cold hard cash – rather than only digital dollars – to wire transfer recipients around the world, and there remain plenty who prefer cash over electronic funds.

Western Union Business Solutions has just released its Industry Outlook Report which shows the New Zealand high tech sector set to outperform the economy over the coming years to 2029 – outperforming even more than Singapore which has a history of high tech manufacturing.

In Australia, the report flags services, particularly in healthcare, financial and mining and metals, for key growth.

There’s no specific mention of fintech across the two markets, though Dooley says there is huge interest across both markets, with payments and delivery for clients ‘really in focus’.

KPMG’s Fintech Landscape 2020 report in December noted that last year was a bumper year for Australia’s fintech startup ecosystem, with more than 100 fintechs added since the previous report in late 2019.

“The overall impressive net growth in the number of fintechs illustrates both the robust market dynamics and a strong support for the fintech sector in Australia.”

When it comes to regulation, Raghvani notes that governments are typically behind in all technology.

If you think about data sovereignty for general cloud and cloud applications, at NetSuite [where Raghvani was previously senior sales director] we’ve talked to government organisations and they didn’t understand the implications of having data anywhere in the world. It became a complex conversation with government, so there is that first element of education, the second element of security and the third element of how to adopt it across borders.

“I think they broke the back of that to a large degree and that helped a lot – because they had to take on that tech in order to stay current.

“What we’re seeing as a result of that is yes governments are needing to update regulations to support emerging technologies overall but they are moving a lot faster than they have in the past.”