News > The most in demand IT skills

The most in demand IT skills 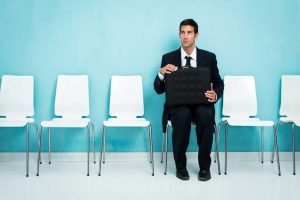 If you’re considering brushing off that CV, or just upskilling, take note: The ‘sexiest’ trends may not offer the best job options, at least not in the near future.

The latest job reports from both Hays and Robert Half show its demand for cloud technologies that is highest across both New Zealand and Australia.

There’s a preference to have permanent employees, rather than contractors, as companies look to hold on to IP and build a strong team culture.

.Net and J2EE software developers are also proving popular – and if you have .Net combined with skills and experience in modern JavaScript libraries such as React or Angular7 plus, and CI and CD technologies, you could be in the money with salary increases likely as supply and demand pressure intensifies, Hays says.

UX and CX designers, senior business analysts and change managers also top the list for most in-demand IT roles in New Zealand.

Across the ditch in Australia, cloud is also a key focus according to both Hays and Robert Half.

On the ‘digital technology’ front, full stack .Net and Java developers remain in high demand in startups, SMEs and large enterprises alike, while the ongoing expansion of cloud and the migration from on-premise data centres to public cloud solutions is driving demand for cloud engineers/architects. And while AWS and Azure remain the most commonly used technologies, Google Cloud Platform is becoming more popular too, Hays says.

Also flagged as key skills in demand for the first half of this year are data engineers and data scientists along with engineering skills in the Facebook-created mobile application development framework React.js/React Native.

Artificial intelligence does get a mention, with Hays noting growth continues to climb in the AI, machine learning and robotic process automation spaces.

While cyber security and data security might be key concerns for most businesses, the Hays New Zealand report notes that the strict vetting requirements and relatively small pool of professionals specialising in the field means companies are increasingly looking to develop internal talent, encouraging existing staff to upskill to take on the cyber security challenge. Meanwhile in Australia, the focus has moved from general cyber security to GRC as cyber security gains the attention of the c-suite.

Whatever the role and the technical skills, Hays says employers are also putting an increasing focus on soft skills too.

“But there are wider macro issues at play that will dictate the success of a jobseeker this year,” Deligiannis says.

“The key trends are for skilled professionals who, regardless of their role or industry, possess strong interpersonal and creative skills. Employers also want people who can make data-based decisions, adapt well to change and who are continuous learners.”

Hays says as well as highlighting those interpersonal skills, digital technology candidates can get a leg up by contributing to open source projects, with Github a popular option, while upskilling in AWS, React.js and DevOps tools and practices including Docker, Ansible and Elasticsearch are ‘good places to start [upskilling] as demand for these technologies will only continue to increase’.

The company says it’s also seeing a preference from companies to have permanent employees, rather than contractors, as they look to hold on to IP and build a strong team culture.

That push isn’t being welcomed by many candidates, however, with Hays noting they prefer higher hourly rates and the greater flexibility associated with contract roles. 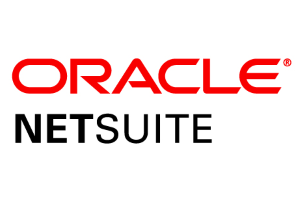