The true cost of long-term cloud 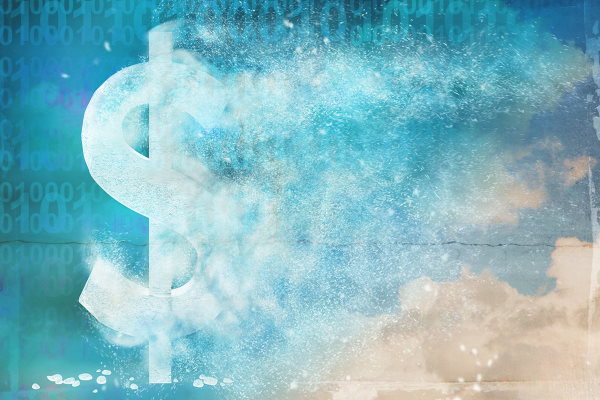 Is repatriation really a good option for your business?…

Cloud has long been held up as the perfect platform for innovation, agility and growth, but is it the best solution longer term?

A new report from venture capital powerhouse Andreesen Horowitz – whose investments have included the likes of Slack, Facebook, Lyft, Okta and Box – suggests that in some cases repatriation to a company’s own IT infrastructure, might actually be better value.

In The Cost of Cloud, A Trillion Dollar Paradox, Andreesen Horowitz says the world’s top 50 software vendors are losing as much as US$100 billion in market value by using hosted cloud infrastructure and suggests repatriation, while difficult, is an option some companies need to consider as they grow.

“The cloud is the perfect platform to optimise for innovation, agility, and growth…” the report, coauthored by a16z partners Sarah Wang and Martin Casado, says.

“For a new startup or a new project, the cloud is the obvious choice. And it is certainly worth paying even a moderate ‘flexibility tax’ for the nimbleness the cloud provides.

“The problem is, for large companies – including startups as they reach scale – that tax equates to hundreds of billions of dollars of equity value in many cases… and is levied well after the companies have already, deeply committed themselves to the cloud (and are often too entrenched to extricate themselves).”

In fact, Andreesen Horowitz argues that for companies operating at scale the cost of cloud could double their infrastructure bill.

For many in the industry – even those selling cloud – it’s not a secret. For all its benefits, cloud can be costly longer term, depending on the size and scale of the business.

But – and it’s a big but – the report is based on large-scale SaaS companies – the likes of Dropbox, Adobe, DocuSign, Slack and Zoom.

The report notes that extending the analysis to ‘the broader universe of scale public companies that stands to benefit from related savings’ suggests companies’ decisions to use public cloud infrastructure is costing ‘potentially greater than US$500 billion’.

The report has prompted plenty of debate – and backlash – globally as opponents lined up to rebut the claims.

The use of Dropbox as an example of a company reaping benefits from moving back to its own infrastructure has drawn plenty of fire.

In 2018, Dropbox detailed a US$75 million in cumulative savings over the two years prior to its IPO, something it said was largely due to its repatriation of workloads from the public cloud, onto its own IT infrastructure. But Corey Quinn, chief cloud economist at The Duckbill Group, which aims to help companies lower their ‘horrifying’ AWS bills, notes that in the two years surrounding Dropbox’s IPO it spent US$200 million in capital expenditure – which doesn’t factor directly into costs of goods sold.

“This is a matter of ‘which pocket does the money come out of?’, Quinn writes in a blog post. “I sincerely doubt that there was an actual spend reduction of US$75 million when you factor in the amortised cost of the data centres, the servers therein and the additional staff you need to run those facilities effectively.”

He notes too, that Dropbox migrated 34 petabytes of data to AWS in 2020.

Casado, himself, in a Software Daily podcast, was clear that the analysis wasn’t about the enterprise, saying it was instead very focused on SaaS companies for whom the cloud is ‘a significant portion of your cogs’.

“It necessarily requires that the cloud be part of your cogs, like it’s your product. Your product is a software product and the cost of goods is cloud.”

It also requires that the company is a public company, with the analysis based on how the market views a company’s multiples.

Enterprises, he notes are ‘a very very different calculus’.

So what’s the story for enterprises?

Casado says he believes the majority of their workloads should be in cloud.

Nonetheless some companies are moving to repatriate at least some of their applications back. One survey of IT decision makers by Arlington Research, commissioned by Virtana, found that 72 percent of respondents were planning on repatriating some applications for performance or cost reasons, or a combination of both, as a result of insufficient planning.

“Too many companies are failing to meet business-line demands when workloads are migrated to public cloud infrastructure/delivery,” The State of Hybrid Cloud says.

IDC too, claims cloud repatriation has been a growing trend in recent years.

“Many companies that have uncritically embraced cloud first strategies have seen costs increase, performance drop or compliance being challenged, and are now moving workloads and data off a public cloud environment to a different infrastructure.”

A PwC US report in June noted that 53 percent of companies aren’t realising substantial value from their cloud investments, despite their high hopes.

Others are less convinced of any great repatriation moves.

Either way, repatriation can be tricky especially for companies that have invested in re-platforming or optimising for the cloud. Rebuilding yet again, can be costly – something a company like Dropbox might be able to afford, given savings come at scale, but which is likely not affordable for most Australian and New Zealand SMEs.

Even Andreesen Horowitz acknowledges that it’s not an all or nothing conversation.

“There’s also no reason that repatriation (if that’s indeed the right move for your business), can’t be done incrementally, and in a hybrid fashion,” their report says.

“We need more nuance here beyond either/or discussions: For example, repatriation likely only makes sense for a subset of the most resource-intensive workloads. It doesn’t have to be all or nothing! In fact, of the many companies we spoke with, even the most aggressive take-back-their-workloads ones still retained 10 to 30 percent or more in the cloud.”