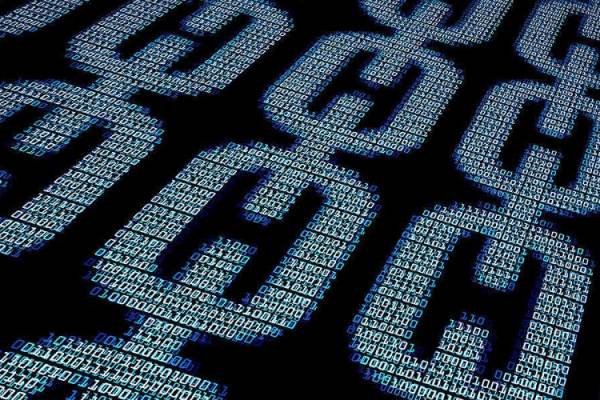 IBM has released BWW, either world-beating payment network or outrageous folly (depending on who you ask)…

According to IBM, 44 international banks already support payments on the platform and several have signed on to issue stablecoins linked to national currencies on the payment network, with more to be announced.

“Many companies fall into the trap of admiring the blockchain technology before admiring the problem they are trying to solve.”

So far so good. The benefits – including faster payment processing, lower costs and increased efficiency – are myriad, not to mention it’s built on some of the most anticipated and hype-worthy tech ever: Blockchain.

Not everyone’s a believer, however.

Cryptocurrency commentator Jamie Redman, writing an op-ed on bitcoin.com, is critical of the move, saying IBM is mis-representing the technology as a foil to claim it is blockchain-enabled: “While public blockchains like BCH, BTC, and ETH have settled trillions of notional value in a permissionless manner we should probably ask: What have all these corporate blockchains done in the last few years?” [para inserted – Ed]

Maria Bellmàs, ANZ banking group’s associate director of trade and supply chain product is responsible for the bank’s trade financing infrastructure, and has come out swinging, saying that even though blockchain surely has significant potential use cases, too often the technology is shoehorned into solutions where it simply doesn’t fit.

“Blockchain has been the darling of the tech world for some time and increasingly so over the medium term, perhaps in part pushed by scorned crypto fanatics grasping for some justification of their obsession in the wake of the bitcoin collapse,” says Bellmàs.

“Sold as a solution to all of life’s problems, blockchain offers a ton of legitimate solutions for businesses – but raises just as many questions.

“The reality is a lot of the problems blockchain projects attempt to fix have already been solved by existing technologies. In many cases, a regular database can solve the problem with more reliability and for much less cost than blockchain.”

She may have a point.

Research out of China shows that despite the plethora of blockchain-related projects entering the market (an estimated 80,000 projects to date), 92 percent of those projects failed, each managing a lifespan of just a year-and-a-quarter on average.

Blockchain evangelists have made big promises for the future: From better electronic health records, to better supply chain management and single click shipping, better regulatory compliance to digital IDs and anti-counterfeiting, the potential use cases for blockchain technology is seemingly endless. All clever future tech, to be sure, but when is it going to arrive? There are some who are increasingly doubtful that blockchain tech – in its current form at least – can actually add value over and above that offered by existing technologies.

Last year research organisation MERL Tech published a report which looked at 43 blockchain start-ups and measured their claims, as published in whitepapers, press releases and articles, and found “no documentation or evidence” of the results blockchain was purported to have achieved in these claims.

“Despite all the hype about how blockchain will bring unheralded transparency to processes and operations in low-trust environments, the industry is itself opaque,” says the report.

“From this, we determined the lack of evidence supporting value claims of blockchain in the international development space is a critical gap for potential adopters.”

“There are many generic decision trees and sales pitches available to convince development practitioners of the value blockchain will add to their work. But, there is a lack of detailed data about what happens when development interventions use blockchain technology.”

It’s this hype over substance that led Forbes to claim in November last year that “applications of the blockchain technology have yet to be realised, the valuation of the technology today is therefore exactly zero”.

But never let the facts get in the way of a good funding round: Startups and established organisations alike know that incorporating blockchain technology into new projects can have very positive effects when securing funding, even when that link to blockchain technology is spurious. According to Cryptoslate, investors have so far lost “billions” on dodgy blockchain projects. Out of the five biggest ICOs by funds raised in recent memory, three acted with “negligence and defrauded investors”.

“TaTaTu, Dragon, and HDAC raised millions of dollars of investor funds, and all three wasted these investments on ill-conceived plans.”

“Between the three projects, investors who had purchased a token from these ICOs lost 91 percent – or more – of their investment. In total, the three projects alone squandered $1.15 billion of investor funds.”

Yet in the face of so many false starts, blockchain fever burns on nevertheless.

Case in point: KPMG’s recent global blockchain innovation survey finds 41 percent of tech leaders “highly likely” to enable blockchain tech in their business within the next three years. (Just 28 percent say they were “not likely” to implement blockchain tech over the same timeframe.)

Blockchain does have huge potential, but it’s a technology still maturing. As institutions around the world rush to incorporate blockchain tech into their products and services (whether its practical to do so or not) Bellmàs cautions that it’s all still about what the tech can provide, not the tech itself.

“Many companies fall into the trap of admiring the blockchain technology before admiring the problem they are trying to solve,” says Bellmàs.

“It’s vital to understand what the end goal is and assess what the options are before starting the work on any project where blockchain is being considered.

“While some projects will benefit from blockchain technology and this has a lot of potential, others do not necessarily need it and are better off using existing good old databases and technology solutions.”