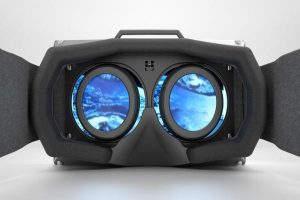 No longer the domain of game players alone, virtual reality is moving on the enterprise…

The Commonwealth Bank is the latest in a series of corporate users of virtual reality applications. The bank this week announced a pilot of a virtual reality learning system aimed at primary school aged children to teach them financial literacy.

The pilot of the VR version of its Start Smart program, will run across 24 schools. After an in-class lesson students will be given a book and VR headset – optimistically named “The Teleporter” – that fits a smartphone, to take home to use with their parents. Once an app is downloaded onto the phone it slides into the head mount to deliver a VR experience that explains to children the difference between “need” and “want”.

Separately the bank has developed a VR workplace that job applicants can use to get a feel for what it might be like to work at the bank.

Interest in virtual and augmented reality applications is rising. Earlier this year analyst Telsyte predicted 110,000 VR headset units would be sold in Australia this year rising to 500,000 by 2020.

What classes as a VR headset varies wildly.

The bank’s version of VR relies on a cardboard box headmount that holds the smartphone, akin to the Google Cardboard which can be bought online for around $15. The Oculus Rift meanwhile can set you back many hundreds of dollars, Microsoft’s HoloLens thousands.

But companies aren’t waiting for the top end to settle.

Real estate company REA Group this month announced that it was launching a realestate VR application that will allow people to download an app onto an Android smartphone and use that to take a virtual tour of a property.  While the company hasn’t announced a date for the release of the tool, CIO Nigel Dalton said that the popularity of Pokemon Go had demonstrated a consumer appetite for VR that companies should seek to exploit.

Myer this year also announced a VR department store that displays Myer products, via a smartphone app and Google Cardboard or Samsung Gear.

VR is also making its way into other less commercial areas. Last month Alzheimer’s Australia Victoria released a virtual reality app called Edie that, when used in conjunction with Google Cardboard, allows people to experience the world through the eyes of someone with dementia which is providing useful insights to carers, family members and aged care architects.