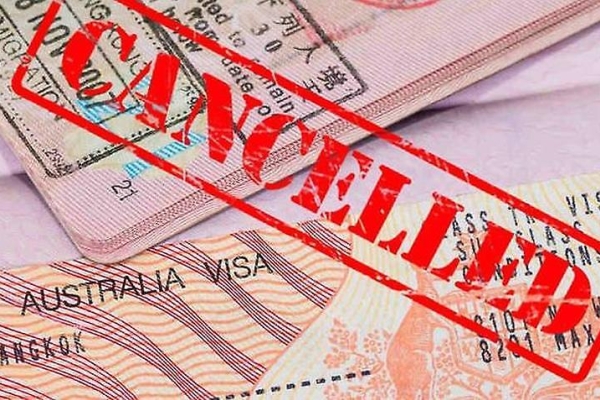 Foreign nationals will find themselves turfed out of Australia if they present an ‘unreasonable risk of unwanted critical technology knowledge transfer’ under new visa cancellation powers, which will also hit International post-grad students studying in Australia.

The new powers introduced by the Federal Government as part of the Migration Amendment (Protecting Australia’s Critical Technology) Regulations 2022 provide new grounds for the cancellation of the person’s visa ‘if there is an unreasonable risk of an unwanted transfer of critical technology by the visa holder’, an explanatory statement accompanying the changes notes.

“Is this now the Federal government’s most bone-headed idea ever?”

“The potential for harm to Australia’s interests from such an unwanted transfer is significant and to address the risks posed by rapid military modernisation, economic coercion, foreign interference and cyber threats and to maintain the integrity of Australia’s research, science, ideas, information and capabilities, it is necessary for the Minister to be able to cancel a person’s visa where the unreasonable risk of unwanted transfer of critical technology is identified.”

The explanatory statement does, however, note that the powers are ‘likely to be used sparingly’.

While the rules aren’t specific on which critical technologies are of concern, quantum computing, AI, advanced communications including 5G and 6G and autonomous vehicles, drones, swarming and collab robotics, and cybersecurity were among the nine critical technologies areas the Morrison government identified last November in its Blueprint for Critical Technologies as areas of national interest.

Non-digital technologies, such as synthetic biology, are also included under the amendments.

The changes come as Home Affairs admits it has more than 6,000 applications for engineering graduates which are yet to be processed, and is taking more than three years to process those visas, despite critical shortages.

The new visa conditions also mean international post-grads in Australia on a visa linked to research-based master’s degrees and PhDs could also face deportation if they change their thesis topic, major or course without ministerial approval. Again, the government is citing concerns over an ‘unreasonable risk of unwanted transfer of critical technology or theft of intellectual property’.

Students on the Subclass 500 (student) visa will only be able to transfer courses if ‘the [Home Affairs] Minister is satisfied that there is not an unreasonable risk of unwanted transfer of critical technology’.

She’s slammed the idea, noting that the first year of PhD, by its very nature, often results in dramatic changes, as students refine their topic, and that minister’s aren’t known for their ability to make speedy decisions.

In a blog post titled ‘Is this now the Federal government’s most bone-headed idea ever?’ Mewburn says “The idea of getting ministerial approval every time an international PhD student changes their mind about your PhD thesis topic is not only stupid, and completely unenforceable.

“Worse, it’s all part of an insidious government over-reach into the business of being an academic in this country.”

Brian Schmidt, ANU vice chancellor and 2011 Nobel Laureate in Physics, says the moves will ‘undermine, rather than enhance’ Australia’s security.

“Universities are completely capable of managing this risk, internally, and being held account if we do not do it appropriately,” he tweeted.

Meanwhile in New Zealand, Government websites were inaccessible last week, when RealMe, the government digital identity system used to log into services such as Inland Revenue, the Trade Single Window used by cargo and excise industry for submitting and receiving responses from border agencies, and the Companies Office, temporarily stopped working.

The situation prompted concerns that a Russian cyber attack was underway, NZTech chief executive Graeme Muller says. The Department of Internal Affairs has since confirmed the issues weren’t related to a cyber attack.

“While the threat of Russian cyber attacks could be a possibility, the reality is most cyber security issues faced by Kiwis stem from a lack of understanding of how to operate safely online,” Muller says.

“Talk of Russian cyber attacks are a distraction and our focus needs to be closer to home and how to be safe online.

“Risks continue to change and develop and we need to do a better job of educating people and businesses of how to spot them and avoid them.”