News > Why DuckDuckGo won’t be your next search engine

Why DuckDuckGo won’t be your next search engine 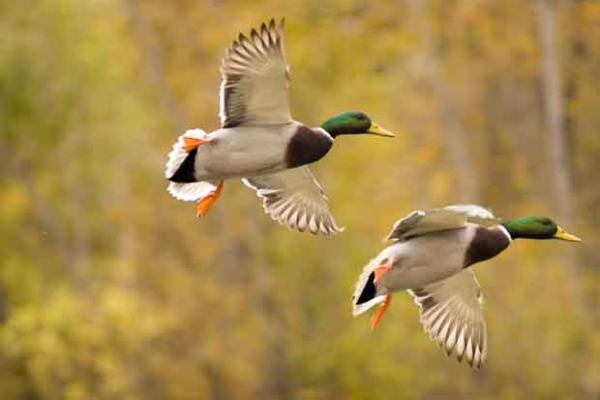 It’s hot to hate the giants right now, but is regulation necessary – or even right?…

We’ve been covering quite a bit of ACCC’s long-running and increasingly public feud with Google and Facebook.

The ACCC has called for sweeping reforms across the Australian media landscape, setting strict guidelines for how Facebook and Google will negotiate with news providers in Australia – and threatening direct mediation if mutually beneficial terms cannot be reached.

Both media giants have publicly fired back over the threats, Facebook insisting that ACCC’s findings are based on key misunderstandings, and Google arguing that, if the new regulations are passed, the search engine monolith may be forced to abandon publishing of news content entirely in Australia.

“There’s a big difference between something being a default and there being no choice.”

The ACCC has a point. According to a new report from the consumer watchdog, for every AU$100 spent by advertisers on online advertising last year, AU$53 went to Google, AU$28 went to Facebook, with the remaining $19 being split between all other websites and ad tech expenditure.

It’s a similar situation in the United States.

The Department of Justice’s lawsuit against Google alleges that the search engine giant has abused its market dominance to create an illegal monopoly, in what will be the biggest antitrust case the department has issued since its action against Microsoft in 1998.

“For many years, Google has used anticompetitive tactics to maintain and extend its monopolies in the markets for general search services, search advertising and general search text advertising – the cornerstones of its empire,” reads the department’s 57-page accusation.

“Two decades ago, Google became the darling of Silicon Valley as a scrappy start-up with an innovative way to search the emerging internet. That Google is long gone. The Google of today is a monopoly gatekeeper for the internet, and one of the wealthiest companies on the planet.”

But not everyone’s convinced.

“The bottom line is more complicated than one might think,” says Richard Holden, Professor of Economics, UNSW.

“Yes, Google has a huge share of the search-engine market – 92 percent globally according to statcounter.com, compared with 2.8 percent for Microsoft’s Bing, 1.6 percent for Yahoo! and 0.5 percent for DuckDuckGo.

“But does that give Google a lot of ‘market power’ – the ability to charge high price or produce low-quality products?

Holden says that the internet search industry is vastly different than the oil sector, and the trust-busting actions that worked against monopolies such as John D. Rockefeller’s Standard Oil (which was broken up into 34 separate companies in 1911, making Rockerfeller the world’s richest man) won’t work.

“Neither is social media, ride sharing or platforms like Amazon,” he says. “These are what economists call ‘markets with network externalities’. That is, when more consumers use the product, it becomes more valuable for other consumers.”

Holden surely has a point here. After all, who wants to use a social network with no one on it? Come to think of it, who would shop with Amazon if it didn’t have a massive, market-leading network of suppliers?

“This is valuable to both sides of the market.”

Yes, Google pays Apple US$11 billion per annum to make Google the default search engine the Safari app. But the ubiquitous presence of Google Search doesn’t mean Google has captured the search market.

“Making something the default doesn’t mean the user has to use it, but the small effort to choose an alternative means most don’t bother.

“There’s a big difference between something being a default and there being no choice.”

Whether the ACCC or the Department of Justice’s hostility towards the current market dominators will be successful remains to be seen, but individual users can of course, make their own stand. Passionately loathe Google’s search engine ubiquity? Just make the switch. It’s so easy.

And don’t despair for the market just yet. Even when digital giants dominate, it often doesn’t last, argues Holden.

“Remember Netscape? In the mid-1990s it had a 80 percent share in the browser market, before losing it to Microsoft’s Internet Explorer.

“Internet Explorer’s dominance, peaking at 95 percent share in the early 2000s, didn’t last either. It now claims barely one percent of the browser market.

“This is why companies in markets with network externalities are never asleep. Uber and Facebook are constantly running experiments to innovate their products, as are other companies like Amazon and, you guessed it, Google.”