Shining a light on Industry 4.0 success 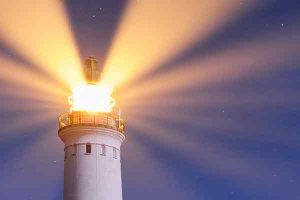 Pilot purgatory awaits many, but lighthouse examples guide the way to success…

Moving from an Industry 4.0 digital transformation project to a large scale roll-out is no easy task even if the rewards are big – but the World Economic Forum is shining a light on exemplar projects in an effort to guide companies out of ‘pilot purgatory’.

The white paper, Fourth Industrial Revolution: Beacons of Technology and Innovation in Manufacturing from the World Economic Forum and McKinsey, highlights seven Industry 4.0 initiatives and offers tools to scale Industry 4.0 technologies in production and overcome pilot purgatory – something the report says is affecting more than 70 percent of industrial companies.

“Only 29 percent are actively deploying Fourth Industrial Revolution technology scale, while a greater number, 30 percent, had yet to pilot or were only just about to begin,” the white paper notes.

“Scaling is a bigger hurdle than getting the ball rolling in the first place.”

It’s a familiar theme for McKinsey, which has previously said that while most business leaders recognise that technology can help them navigate complex risk and regulatory environments, make operations more efficient and enhance customer experience, advancing beyond pilots was proving to be a major issue.

“In fact, the gap between piloting and rollout is considerably larger than that between perceived relevance and piloting, suggesting that scaling is a bigger hurdle than getting the ball rolling in the first place,” McKinsey noted late last year.

“Most companies struggle to scale up due to the difficulty of aligning in terms of value and ROI, the uncertainty of digitals’ value to performance and the cost required to implement and scale.”

Strategy and business cases, with strategy liked to the creation of fundamental business value, clearly articulated and communicated and with enterprise-wide validity

IoT architecture built for scale-up and interoperability, with all information flowing into one central data lake and standardised interfaces between applications

Capability building with digital academies and smart factories allowing employees to learn the basics of new digital use cases and a smooth, efficient way of implementing them, and

Workforce engagement with workers actively involved in the development and deployment of use cases and leaders communicating clear change stories and ensuring employees feel part of the journey.

So what’s to be gained from Industry 4.0 successes? Plenty, say McKinsey and the WEF.

“Organisations that have taken Fourth Industrial Revolution innovation to scale beyond the pilot phase have experienced unprecedented increases in efficiency with minimal displacement of workers.”

In Germany, IBM has slashed time to deploy new applications and roll out scaled projects. Italian SME Elettrotecnica Rold – a manufacturer of door locks for washing machines – has seen its revenue jump 7-8 percent driven by an overall equipment effectiveness increase of 11 percent thanks to a new flexible digital platform. Rapid design prototyping through 3D additive manufacturing has shortened time to market for new products and enabled several innovations, strengthening university relations and resulting in the awarding of funded research projects.

And an unnamed European consumer electronics manufacturer has seen time to new product introduction slashed by 90 percent, capital bound in inventory drop by 75 percent, manual assembly time per product drop 80 percent and CO2 output drop 50 percent on the back of its Industry 4.0 project, which included the introduction of a web-based configurator allowing customers to order fully individualised products with infinite design possibilities with a production move to a distributed model to cut shipping costs and delivery lead time.

“By engaging the findings and example of the lighthouse network, organisations and governments can realise the great potential that lies with the Fourth Industrial Revolution in production,” WEF says.