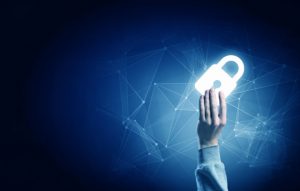 Constant breaches and password database thefts have demonstrated that proper password best practices are too difficult for average users. As a result, the industry has moved towards other authentication factors, such as biometrics. While these authentication factors will help solve the usability issue, they have their own security concerns as well. Most security experts agree that MFA—which involves at least two factors to authenticate users—is the most secure authentication option.

Unfortunately, effective MFA solutions have remained largely out of reach for the average small- and medium-sized business. Though enterprise multi-factor technology is quite mature, it often required complex on-premises solutions and expensive hardware tokens that most small businesses couldn’t afford or manage. However, the growth of SaaS and smartphones has introduced new multi-factor solutions that are inexpensive and easy for small businesses to use. Next year, many SMBs will adopt these new MFA solutions to secure their more privileged accounts and users. 2018 will be the year of MFA for SMBs.

In 2016, the Mirai botnet showed the world just how powerful an army of IoT devices can be. Attackers used Mirai to launch successful, record-breaking DDoS attacks against popular websites like Twitter, Reddit and Netflix. IoT device adoption continues to skyrocket, adding billions of new network endpoints every year. Attackers continue to target these devices due to their weak or non-existent security, both in development and deployment.

Attackers have already started improving on the Mirai source code, which will mean larger and stronger botnets in 2018. For example, the Reaper botnet actively exploits common vulnerabilities in IoT devices to gain access to the devices instead of relying on a hard-coded credential list. As attacks continue to grow in effectiveness, the damage they cause will grow to match until the IoT manufacturing industry is incentivized or forced to add stronger security to their products. Be on the watch for a major IoT botnet attack in 2018 that finally causes governments to address IoT security.

Potential IoT device regulations will most likely affect manufacturers of consumer-grade IoT devices first, since the end users of these products don’t have the knowledge to secure their own devices. These regulations will likely mirror similar liability-oriented regulations in other industries, where the manufacturer is held at least partially accountable for flaws in their products.

3. Expect Linux-targeted attacks to double in 2018 thanks to IoT

Since Q4 2016, WatchGuard has published a quarterly Internet Security Report, which shares details about the malware and network exploits our products detect and block around the world, and the results of research done by the WatchGuard Threat Lab.

The growth of Linux attacks—largely targeting Linux-based IoT devices—was a recurring trend in many of WatchGuard’s 2017 quarterly reports. For instance, Linux malware represented 36 percent of the top malware in Q1 2017. In Q2, we saw an increase in network software exploits targeting Linux systems. Finally, research from our Threat Lab’s honeynet discovered many telnet and SSH attacks targeting Linux-based systems, like the Mirai IoT botnet.

This leads us to believe we will see a dramatic increase to attacks targeting Linux systems in 2018. We suspect, and our research confirms, that criminals’ increased focus on Linux attacks is driven by their desire to target IoT devices. While IoT devices are technically diverse, a large percentage of them are inexpensive, with embedded Linux systems and released with highly insecure defaults. We expect attackers to continue to take advantage of these insecure devices to fuel their botnets. Based on our threat research and major trends within the IoT space, we expect Linux-specific attacks to double in 2018.

Cyber insurance has been around for over a decade, but the increasing number of publicly disclosed breaches and successful ransomware incidents has caused awareness for it to grow significantly in that last few years. In countries that require mandatory breach disclosure, cyber insurance helps cover the costs and sometimes the lawsuits that result from these breaches. More recently, insurers have promoted optional extortion insurance packages that cover the costs of ransomware and other cyber extortion. In some cases, the insurers even pay the ransom to help the victim recover their information.

We expect SMB organisations to continue to adopt cyber security insurance, including optional extortion packages. Cyber insurance can help reduce the costs of security incidents and help businesses recover, especially SMBs that may otherwise be driven out of business. That said, cyber insurance does not and should not replace security controls and best practices – it should complement them. We predict that insurance companies will implement stronger guidelines that require companies to have strong security controls in place as a prerequisite for insurance. When combined with other layers of security, cyber insurance is a great addition to your cyber security strategy.

However, there is a risk that some types of cyber insurance will encourage ransomware. To be frank, we find it concerning that insurers sometimes pay ransoms to recover their customers’ data. We understand the business decision. Short term, the cost of ransom may seem much smaller than the cost of recovery for victims that have no backups. However, insurers have no long-term actuarial data for cyber incidents and ransomware. Does paying ransom encourage this criminal business model? Will paying ransomware eventually increase the number of incidents insurers have to handle, or the price of ransom? It’s hard to say without more data.

That brings us to our 2018 prediction; ransomware criminals will target extortion insurance customers to increase their ransom payments. Compared to spam messages, which typically have less than a one percent success rate, most studies show that at least one-third of ransomware victims pay. This has caused ransom prices to go up, resulting in less victims paying (as WannaCry illustrated). To increase their illicit gains, ransomware criminals will target organisations that they know are more likely to pay. Since insurers will often pay if the situation demands it, smart ransomware authors will target insurers to find which organisations have extortion insurance, then target those companies directly with ransomware.

5. Thanks to commoditisation of wireless attack tools, Wi-Fi hacking will move to Zigbee, Bluetooth, Sigfox and more

The commoditisation of attack tools with simple user interfaces such as the Wi-Fi Pineapple by Hack5 made it possible for curious amateurs to perform advanced Wi-Fi attacks. Amateur Wi-Fi hacking has attracted a large following; there are nearly 3 million “how to” tutorial videos online teaching curious people how to leverage commoditized attack tools to perform man-in-the-middle attacks on 802.11 networks and steal sensitive information out of the air.

The same trends that spurred the expansion of Wi-Fi hacking, are now beginning to impact criminal activities involving other wireless standards. These trends are possible due to the affordability and availability of software define radios (SDR), a RF technology that allows a device to talk and listen to a very broad range of wireless frequencies. SDR-based attack tools have already been introduced to the market, namely the HackRF One by Great Scott Gadgets and the community of YouTube videos is growing quickly with “how to” topics ranging from unlocking luxury car doors to spoofing GPS signals.

At the same time, demand for wirelessly connected devices continues to grow sharply and equipment vendors are incorporating wireless connectivity into a variety of products ranging from cars to gas/water meters, personal health devices, and alarm systems. This creates many interesting new targets for wireless hacking.

In 2018, expect new attacks leveraging SDR technology to intercept and decode traffic from a variety of wireless devices that incorporate protocols such as Zigbee, Sigfox, Bluetooth, RFID, LoRA, and 802.11 variations.

The 2017 DefCon hacking conference in Las Vegas made headlines when attendees found and exploited multiple new vulnerabilities in United States voting machines. This prompted many popular news outlets to question the integrity of electronic voting machines in general, and propose the possibility of an adversary directly modifying vote tallies during a future election. Many of the reports however, missed an important detail from the hacking challenge. During the event, the attackers had full physical access to the voting systems, including the ability to completely disassemble the machines.

While the FBI has confirmed reports that several state voter registration databases have come under attack by potentially foreign adversaries, we are still some ways off from direct vote manipulation through hacking. Misinformation and propaganda from cyber criminals and state-sponsored actors will likely play a larger role in the next election, rather than hacked voting infrastructure itself. We saw evidence of this in the 2016 election, with fake Facebook accounts and Twitter bots used to inflame controversy. We will likely see both domestic and foreign organisations double down on fake social media accounts in 2018.

7. A major vulnerability will topple the value of a popular cryptocurrency

When most people think of cryptocurrency and blockchain technology, the first thing that comes to mind is Bitcoin. While Bitcoin was the first cryptocurrency and remains the most popular, there are many different crypto coins in existence. Other coins like Ethereum, Litecoin and Monero all maintain total market capital over $1 billion. Each new cryptocurrency brings new innovations to their respective blockchains. Ethereum’s blockchain for example, acts as a fully decentralized computer capable of running applications. However, these additional blockchain features introduce additional security considerations.

Ethereum already saw a near-50 percent drop in value back in 2016 when hackers exploited a vulnerability in a popular blockchain application to steal more than $50 million in Ethereum cryptocurrency. Since then, bug bounty programs and public code reviews have become a major part of blockchain development, but attacks have continued, including one that targeted a popular Ethereum multi-signature code wallet and made between $100 and $500 million in Ethereum permanently inaccessible.

As the value of these cryptocurrencies grows, they will become much more appealing targets for cyber criminals looking to make millions. Hackers will find a vulnerability severe enough to completely wipe out a popular cryptocurrency by destroying public confidence in its security. 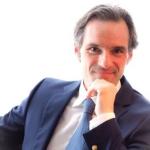