Opinion Articles > The eyes of the IoT

The eyes of the IoT 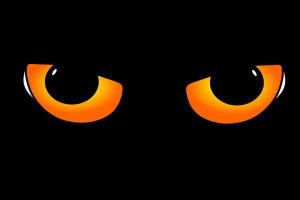 Considering the vast amount of data being generated from video streams across the planet, it is simply not possible for humans to remain as the focal point for video analysis. As computer analytics become infinitely faster and more accurate, it stands to reason that the relationship between humanity and machines will intersect more frequently and with ever-increasing effect.

Worldwide, hours of digital video are generated every second. Now, with the proliferation of Internet of Things sensors, even more data is being created for the purpose of improving our situational awareness.

Case in point, ‘smart cities’ monitoring citizens as they move around the cities. Auckland City, for example has floated monitoring of pedestrian movements.

“We still need human beings to make the final judgement.”

In less than four years, we predict that only about 50 percent of the streams feeding into video management systems will come from fixed cameras. The other inputs will be streams from various types of sensor, both fixed and mobile, visual and non-visual.

The question is, how will we manage this data and information in the most smart, secure way?

With such an overwhelming amount of data being created, humans cannot do it alone. Therefore, intelligent video utilising AI and machine learning will become a vital tool for analysing and categorising IoT-generated data. That said, this isn’t a task that intelligent technologies can handle alone either. Therefore, the solution is to combine machine intelligence with human judgement.

Intelligent machine learning technologies are now bringing video content analysis far beyond the capabilities of legacy video analytics systems. Traditionally, such systems were rule-based, meaning they required a human programmer to set fixed parameters for each situation that the system must recognise, evaluating a few pre-defined scenarios. For example, areas within a camera’s view can be defined as “restricted zones”, so if a trespasser is detected in those areas it will trigger an alert.

In comparison, AI-based intelligent video content analysis technology can learn directly from the video about objects, their relationships with each other and what defines normal behaviour. Known as behavioural analytics, the system self-learns without prior programming and learns to normalise the visual data. This makes it possible to intelligently identify objects and classify situations. The system will be able to automatically understand what is normal behaviour and alert the operator to unusual activities, leading to predictive systems in the future.

So, there can be no doubt that with the use of intelligent learning technologies to help us analyse the data generated from IoT network devices, technology is bringing a wealth of new opportunities to organisations worldwide.

Entering new territory through the application of technology does, by nature, raise doubts about whether that technology can in fact be trusted. It is a fair point, but as a rule we need visual confirmation of the data generated from IoT devices, and video will be a crucial tool to provide this. Having both device data and video is the foundation for combining machine intelligence with human judgement. When the machine is uncertain, it can flag the situation for human intervention. With video to guide their reasoning, humans can either confirm the machine’s decision, or guide the process to a different outcome.

Here’s a good example: if a network sensor alarm goes off in an offshore wind farm, usually a maintenance crew would be sent out to fix the problem. However, this is both costly and time-consuming. With video providing visual confirmation of the problem, it is possible to identify what led the sensor to trigger the alarm, making it easier for humans to decide whether a crew needs to be sent out or whether the problem can be solved remotely.

As more and more data are generated from IoT sensors, processes will increasingly be monitored and controlled by IoT network devices. Regardless, we still need human beings to make the final judgement of the data provided, and leverage video data in this process to convert data into visual insight.

Combining machine intelligence with human judgement is a prerequisite for making the most of IoT-generated data. There is no doubt that video will be the foundation for humans to trust this data in the future. 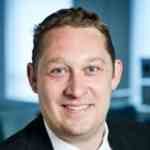