Research Articles > Deloitte says we must reimagine our core systems

Deloitte says we must reimagine our core systems 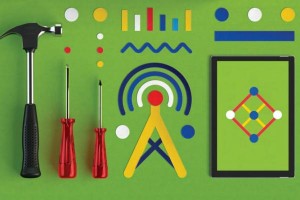 With digital transformation high on many business agendas, legacy systems are often seen as the largest constraint holding the business back. Deloitte’s latest Tech Trends report provides “5 R’s” as a guideline to revitalisation…

The latest release of Deloitte’s annual ‘Tech Trends’ report provides an almanac of insights, advice, case studies and opinion on matters affecting business IT. Inside the 135 pages of the 2016 report are sections covering, for example, augmented reality, the internet of things and industrialised analytics. While you’d expect these hot tech topics to be covered, the coal-face challenge for many businesses is modernising legacy systems. In this year’s report Deloitte has dedicated a section to uncovering innovative ways to reinvigorate the foundational IT systems in your business, as summarised below:

IT’s legacy is intertwined with the core systems that often bear the same name. In a way, the modern IT department’s raison d’être can be traced to the origins of what is now dubbed “legacy” – those heart-of-the-business, foundation-of-the-mission systems that run back-, mid-, and front-office processes. Some include large-scale custom solutions whose reach and complexity have sprawled over the decades. Others have undergone ERP transformation programs designed to customise and extend their capabilities to meet specific business needs. Unfortunately, the net result of such efforts is often a tangle of complexity and dependency that is daunting to try to comprehend, much less unwind.

Meanwhile, core upkeep and legacy modernisation lay claim to inordinate amounts of IT budget. Deloitte’s 2015 global CIO survey found that core-related expenditures are the single biggest line item in IT investment dollars. This leads to an internal PR problem for the core: High cost is seen as low value. When asked to rank the technology investments they think will have significant impacts on their business, survey respondents cited analytics, digital, and cloud.

Clearly, it’s easy to overlook the fact that these and other emerging technologies are highly dependent on the underlying data and processes the core enables.

Approach re-imagining the core with a transformational lens – it is, after all, a chance to modernise much more than the underlying technology. Challenge the business to imagine how functions and processes should and could operate based on today’s realities, not yesterday’s constraints. Core modernisation can provide a path toward much more than re-engineering; it may ultimately help the business reinvent itself.

The five Rs
Roadmaps for reimagining the core should reflect business imperatives and technical realities, balancing business priorities, opportunities, and implementation complexity. They will likely involve one or more of the following categories of activities:

Where do you start?
Core modernisation is already on many IT leaders’ radar. In a recent Forrester survey of software decision makers, 74 percent listed updating/modernising key legacy applications as critical or high priority. The challenge many of these leaders face will be to move from an acknowledged need to an actionable plan with a supporting business case and roadmap. Reimagining the core could involve gearing up for a sustained campaign of massive scope and possible risk, potentially one that business leaders might not be able to understand or willing to fully support. Yet, the fact is that CIOs no longer have a choice. In the same way that the core drives the business, it also drives the IT agenda. Consider this: What if that same legacy footprint could become the foundation for innovation and growth and help fuel broader transformation efforts? The following considerations may help bring this vision more clearly into focus:

This article is an excerpt of the 2016 Tech Trends report by Deloitte. The re-imagining core systems section was written by Deloitte systems integration director Scott Buchholz and technology principals Ben Jones and Pavel Krumkachev. The report also includes chapters on: 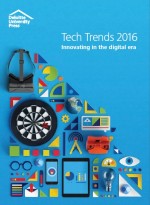 Whitepaper: How to pick an inventory management solution that scales with your business

Whitepaper: The future of finance is in the CFOs hands

If you rely on a basic accounting package to run your business, now might be the time to consider other options…

WIth infinite KPI’s to track, which ones are the most important to track?…

Industry 4.0: Welcome to the factory of the future

[Resource library] For manufacturers, staying competitive is critical to success, and technology leadership is a core capability to embrace Industry 4.0…