Delivering the goods for homeware retailer 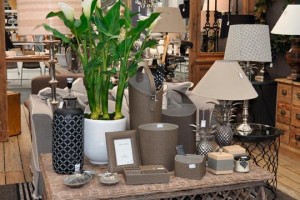 Like many growing companies, OneWorld Collection made do with an accounting package for many years until it reached an inflection point where that software had reached its limitations. As a result, it looked to MYOB Exo for a more complete business management system – and is reaping the rewards of greater efficiency, better control and easy access to important information.

Originally from London, OneWorld Collection brought its European designs to Australia and New Zealand in 2003, opening stores in Sydney and Auckland. In 2010, One World Collection made the BRW list of the top 100 fastest growing businesses in Australia. With recent expansion of their operations in to the USA, and 45 staff members globally, the rapidly growing company required a more capable solution.

Situation
When OneWorld Collection opened its Sydney and Auckland stores, MYOB AccountRight was the software of choice and served the company well for a decade. MD Greg Ollerhead notes the user friendliness of this software, adding that it is easy to train new staff. “However, as a growing business, we were beginning to feel the limitations with stock control and reporting systems.”

It tested the market for alternative software solutions which would help take control of the growing complexities facing the business. Options which were assessed included SAP, and several SQL based systems. MYOB’s Exo came up as an option via a third party developer which uses the solution for its own clients.

Solution
Ollerhead explains why Exo quickly proved itself as the clear choice for OneWorld Collection. “Exo’s price is reasonable, particularly in comparison with other high-end systems. And, for our size, this system provides the right functionality.”

Adding to that assessment, he notes the success of the solution within the same vertical market; as a long-term user of MYOB software, Ollerhead also had a good idea of what to expect and the quality of the software.

MYOB Partner Kilimanjaro Consulting took charge of the implementation, in the process impressing Ollerhead and his team. “Our needs are quite specific, so it was great that they customise the solution to work optimally in our environment.”

Kilimanjaro Consulting provided User Acceptance Testing where a full version of One World Collection’s customised database was accessible to the team. “We tested as much as we could before the data was transferred out of AccountRight and into Exo,” says Ollerhead. “There were a few teething problems but this is to be expected with any new upgrade. Upon reflection, it was nowhere near as painful as expected on go-live.”

Results
Owing to the requirement for substantial customisation, the system took some time to before it was fully functional, but Ollerhead is unequivocal: “Exo is well worth it.”

With tailored reports, such as a customer backorder report with ETA (estimated time of arrival) and images, a stock reorder and sales report, a debtor performance report and agent’s monthly commission report, he notes that the extra time taken has resulted in a system ideal for the company.

And as a result, he says, “Exo has helped us become a lot more efficient and grow in ways not previously possible done with our old system. It allows us multiple stock/warehouse locations, essential as we have warehouses in three countries. It allows linking of third party programs to the SQL database in real time, so our website is live and accurate. Also, Exo equips us for EDI integration with the systems of large retailers.”

Exo has also provided the team with greater visibility into the business, Ollerhead points out. “We can sort and allocate stock to customers according to their annual spend and status. We can also run so many different reports for stock replenishment based on various factors which we couldn’t do before.”

But, he finishes, the most significant contribution Exo has made to the business is efficiency. “That’s allowed us to grow in to new markets like New Zealand and the USA. The benefits of Exo are enormous.”

With even more facilities planned, the business needed MYOB Advanced to simplify their ever-growing complexity…

To modernise their business MoAD needed to streamline their financial management…

MYOB Advanced is up for it!…

Helping not-for-profits to keep up with demand…