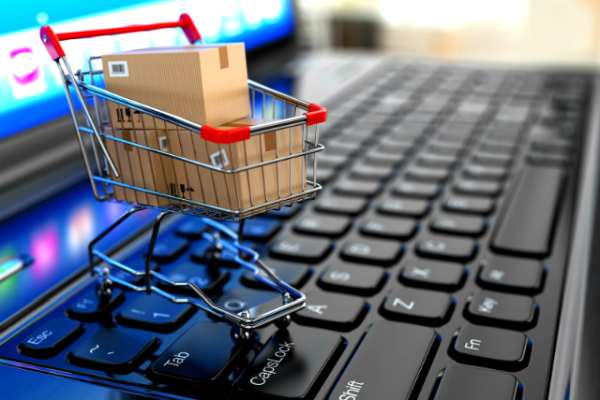 Though mobiles have become an essential tool for Australians in everyday life, business is yet to meet the market according to the PayPal m-commerce Index: Annual Report September 2018, the latest in the company’s annual reviews of the state of mobile commerce in Australia.

“As consumer dependency on technology accelerates, so too do expectations of mobile experiences,” warns Libby Roy, PayPal Australia MD.

“Our research found that nearly half of Australians are annoyed when a site doesn’t work well on a mobile and almost a third of mobile shoppers have abandoned a purchase due to lack of mobile-optimisation or because of security concerns.”

It’s a strange state of affairs, especially given that smartphone ownership and use is close to ubiquitous in Australia, with nine-in-ten Australians (over the age of 12) owning one. According to the report four out of five Australians use their mobile device to access the internet at least daily, with mobile – as a sales channel – growing everyday. Currently 25 percent of online sales in Australia are made via mobile, a 32 percent increase on 2017.

But the gap between expectation and reality is real.

“Mobile shoppers listed slow page loading as their top pain point (38 percent). In comparison, only 23 percent of businesses recognised slow loading times as an issue. Likewise, twice the number of consumers (20 percent) cited check-out problems as a pain-point when compared to businesses (10 percent).

As mentioned above, mobile shoppers will abandon purchases if there are trust issues with a website, with 29 percent saying they actually have abandoned a purchase because of security concerns. The biggest reason for cart abandonment however is when mobile purchases are too difficult or take too long. Forty-three percent of shoppers say they will abandon a purchase under such circumstances.

“With high ongoing consumer use of m-commerce, we’re seeing increased expectations for mobile-first experiences,” says Roy. “The challenge for Australian businesses is to understand evolving consumer needs and adapt their strategies for increasingly mobile-first consumers.”

So we know the problems – but where are the opportunities?

While movies, music and software do dominate, accounting for the top three most-subscribed categories, subscription categories are growing to include beauty and skincare, food and clothing. Currently only 11 percent of Australian businesses offer a subscription model, however, a further 14 percent say they plan to implement just such a service at some point over the next 12 months.

“While subscription services are most popular with younger shoppers, adoption is strong across all demographics and the popularity of these ‘set and forget’ services are paying off for businesses,” says Roy.

“Despite strong uptake of subscription services, our research found that only one-in-ten Australian businesses currently offers subscriptions, revealing an opportunity for businesses looking to improve customer loyalty and maintain a recurring revenue stream”.

But the real money is in marketplaces, says the report.

“Nearly nine-in-ten smartphone users (89 percent) are shopping on online market places, with half saying they do so at least once a month. In fact, marketplaces have become a top destination for Australian shoppers to browse for products when they have a purchase in mind (48 percent), trumping search engines (43 percent) and online retail stores (29 percent).”

And to that fact at least, the market is responding. Two-in-five Australian businesses are currently selling on marketplace platforms – 16 percent exclusively so.

Finally, an interesting aside: Despite Amazon’s dramatic the entrance into the market last year, the global shopping giant continues to trail significantly behind eBay in Australia. eBay remains the most popular marketplace for Australian consumers, with 79 percent saying they use the global auction giant regularly. Amazon trails with just 40 percent, with Etsy and Alibaba bringing up the rear at 17 and nine percent respectively.

How to plug into the internet of things

Need to track your vehicles? Or monitor water? The internet of things delivers an extraordinary opportunity to connect and network all manner of things, but how?…

Has the spark gone out of the telco business?

Telcos are facing a swathe of new challenges from technological change, global over-the-top content providers and a new era of regulation and market intervention. Bill Bennett asks where is the telco business going?…

Appealing Apps: 10 of the best for business

With more than 1000 apps being submitted to the Apple App Store each day, not to mention those created for Android, the apposphere is a fast-changing environment…

Considerations and best practices for BYOD

While not every organisation has a formal bring-your-own device program, every organisation should develop policies and processes regarding the use of personal devices for work. Citrix offers some best practices to consider when defining and implementing BYOD…

We’ve been talking about digital wallets for years, but now they are actually here Clare Coulson takes a look at the payments landscape and asks if we will be putting away our wallets for good…