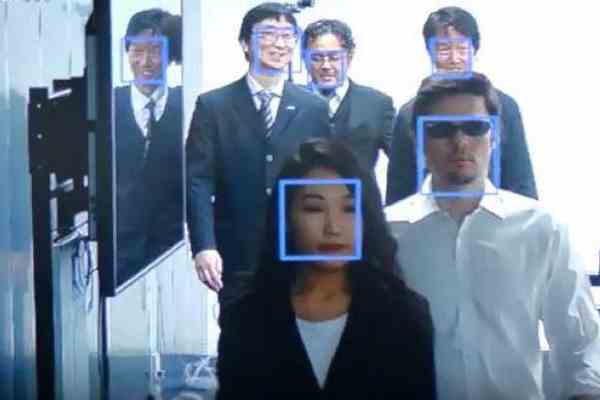 Qantas recently announced they are partnering with Sydney Airport to trial biometric facial recognition technology in a move the airline says will allow passengers to use only their face for ID at Sydney Airport.

Sydney Airport says biometrics could be used for automated check-in, bag drop, lounge access and boarding, and Qantas says biometrics should reduce queues. The initiative is entirely separate from the facial recognition that has been used for several years at passport control at various international ports around the region.

The utopian vision talked up by both Qantas and Sydney Airport sounds ideal, and so far, it appears that pairing AI with cameras is, indeed, a potent combination.

At a recent event, Fujitsu demonstrated a facial recognition system aimed at retailers. It could harvest demographic information from customers faces (gender and age) as well as sentiment (happy, sad, angry and so on). While this technology could help retailers develop more accurately targeted marketing campaigns and identify customer pain points, scaling it up for use at an airport could prove challenging.

As compelling as anything that makes the nightmarish queues of Sydney Airport navigable sounds, the devil is in the detail.

A report recently surfaced, which says that the facial recognition systems used by metropolitan police at the 2017 Notting Hill carnival, was wrong 98 percent of the time and that it incorrectly told officers 102 times it had spotted a suspect when the alleged criminal was, in fact, an innocent civilian. Similar issues at an international airport could have catastrophic consequences.

Should Sydney Airport find their new biometric technology struggling in busy arrivals and departure halls, promises of reduced lines and waits could quickly become the polar opposite as passengers get stopped to have passports re-checked because of facial recognition failures.

Issues around ethics could quickly come to the fore should the trial be a success. University of Canberra assistant professor, Dr Bruce Baer was quoted in the AFR saying that the use of biometrics at Sydney Airport will be watched closely by the Australian government and corporates. Success could see facial recognition technologies deployed widely.

Detractors argue that biometrics is the thin end of a very eroded personal privacy wedge, as demonstrated by the Chinese government who have deployed millions of cameras to keep track of their 1.4 billion citizens.

Ethical issues – by western standards – abound. With an estimated 200 million cameras in use (four times as many as the USA), China has ignored western notions of individual privacy, erecting electronic billboard displays designed to name and shame people who have committed what are usually minor crimes captured by cameras.

As dystopian as this sounds, caveats apply. The sheer volume of faces to be tracked/checked against databases of known offenders (China maintains a database of persons of interest that is said to contain data for 20 to 30 million people) acts as a bottleneck. So far this has required a manual people-driven approach to checking for facial matches. The net effect of this is that while there are vast numbers of cameras in use, their overall effectiveness varies between cities.

Regardless of this, Chinese authorities have been running campaigns to convince the population that an efficient high-tech digital apparatus is in place and working well. Articles in the People’s Daily, frequently talk up arrests made using facial recognition at events. According to Chinese sources, this approach appears to be working. Minor crimes such as jaywalking and bicycle theft have declined markedly in some areas.

In the Australian context, both Sydney Airport and Qantas will need to be transparent about how collected data gets used, who it gets shared with and where it gets stored. If biometrics expands into general use in Australia, legislation around data security and privacy may need to get overhauled.

Based on biometrics usage in US airports, it is fair to say that how captured biometric information gets handled and stored creates strong public opinions. It is hardly surprising when you consider that collecting biometric data on a person, does not just involve gathering information about them, but of them. Biometric data spans a person’s physical privacy and can reveal personal information such as age and health issues.

Developers involved in the Sydney Airport trial will need to be sensitive in how they communicate and educate on how the technology gets used. Failure to address public concerns around privacy could impact on the degree to which travellers embrace or reject biometric technologies at Sydney Airport.

Ultimately, the success of the trial will come down to how well it improves travellers’ experience at Sydney Airport. From details that have emerged on how the technology will work, this could be questionable.

Travellers who agree to try out facial recognition will have their photo taken at a kiosk. While there, they will also be required to scan passports and check into flights. By doing this, they link their photo, passport and booking information together. When boarding, trialists will use an automatic boarding gate that will match the picture of their face with the original image captured at check-in.

Will this process reduce queues or will it merely shift lines to different parts of the airport? Having spent my fair share of airport time stuck behind travellers flummoxed by Smartgates, it isn’t hard to be more than a little sceptical that similar confusion could spread to other airport processes such as boarding.