Feature Articles > The internet of things: the precipice of a revolution

The internet of things: the precipice of a revolution 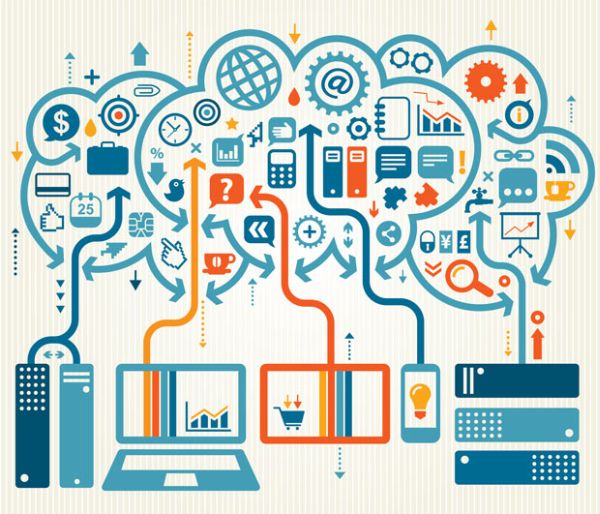 Driverless cars, wearable computers, location-based intelligence; they all rely on what has become known as the ‘internet of things’. And it certainly has people talking as Anthony Doesburg discovers…

The Economist Intelligence Unit, which does market research for the Economist magazine, last year asked 800 business executives how often the internet of things (IoT) came up at board meetings. Two-fifths of them said the subject was discussed at least monthly. Three-quarters were using or investigating the IoT and 95 percent expected their company to be using it in three years.

What are they talking about?

Literally, the IoT is a network of physical objects, many of which – cars and medical devices, for instance – already have sensors or microprocessors. Extending the internet to not only connect humans but objects as well will inevitably disrupt business processes.

Kevin Ashton of the Auto-ID Centre at Massachusetts Institute of Technology is credited with coming up with the term. Gary Hartley, secretary of the New Zealand RFID Pathfinder Group, says Ashton and colleagues’ vision a decade and a half ago was of a network of things – freight in transit, for instance – labelled with radio frequency ID tags.

“Cheap, ubiquitous RFID tags would enable the tracking and tracing of these things as their location changed, giving an understanding of the four dimensions – the what, why, where and when,” Hartley says.

“Instead of bits and bytes, they realised that these were things moving through the internet, and therein lay the coining of the term.”

Forecasts of the eventual reach of the IoT give justification to the Economist analysts’ assertion that a revolution is brewing.

IDC predicts growth in IoT solutions from $US1.9 trillion last year to $US7.1 trillion in 2020. Its research looks at the complete ecosystem, including intelligent and embedded systems, connectivity services, infrastructure, purpose-built IoT platforms, applications, security, analytics and professional services.

By the end of last year, IDC estimates 9.1 billion IoT devices were installed and by 2020 it expects the number to have reached more than 28 billion.

Already they are being used for tracking everything from export consignments as they traverse the globe, and tagged personal belongings that are prone to going astray, to friends who are out for a run anywhere in the world.

Wearables – intelligent devices such as Samsung Gear Live and Google Glass – are the internet-connected things that capture the consumer imagination. But they’re also catching on with businesses: Westpac Bank in New Zealand, for example, plans to offer Glass-based services when the spectacles-like device is available here.

Although privacy concerns are common in relation to the IoT in general and Google Glass in particular – the device can record and upload video of anyone and anything the wearer encounters – the incorporation of wearables into the corporate wardrobe is just a matter of time.

Salesforce.com is preparing for that day. Under the name Salesforce Wear, the cloud-based customer relationship management platform provider has released a developer kit to enable integration of wearables’ apps with its enterprise systems.

“IDC estimated there were 9.1 billion IoT devices installed in 2013. By 2020 it expects the number to have reached more than 28 billion.”

Underpinning its bid to lead the enterprise wearable computing market is research from US analyst firm IHS that estimates unit sales this year of wearable devices will be 50 million, rising to 180 million in 2017.

IHS defines wearable technology as devices with advanced circuitry, wireless connectivity and independent processing capability that are worn for an extended time and significantly enhance the user’s experience.

For the CRM specialist, a big part of the wearables story is closing sales: the devices “will enable salespeople to be more connected to the digital world while being more present in the real world”, runs Salesforce.com’s pitch.

A glance at a smart watch such as Samsung’s Gear Live, which runs on Android Wear, could spare a salesperson the distraction of operating a mobile phone or a laptop during a meeting, allowing him or her to “provide the necessary information without losing focus”.

Salesforce.com’s initiative has the support of a heavyweight of the healthcare information services market, Philips, which makes sensors for use in wearable devices that are integrated with cloud-based services.

Another Salesforce Wear backer is Cambridge based low-power microprocessor maker ARM, which is part of an effort under way in the UK to create a protocol for IoT interoperability.

UK government-funded HyperCat, which also involves IBM, BT and dozens of other companies, universities and local authorities, aims to create an online metadata catalogue that devices of various sorts will be able to automatically interrogate to locate useful data.

HyperCat is the latest of several IoT groupings. The AllSeen Alliance of Qualcomm, Cisco, Symantec and numerous consumer electronics and appliance makers was formed last December and the Industrial Internet Consortium was founded by AT&T, Cisco, General Electric, IBM and Intel in March. Both bodies have more than 50 members.

Similar to HyperCat, the AllSeen Alliance is working on an open-source framework of modular services that enable adjacent devices to discover and pair with each other.

The Industrial Internet Consortium is framing its activities in dramatic terms. We are at the “precipice of a major technological shift at the intersection of the cyber and physical worlds”, says Janos Sztipanovits, a professor of engineering at consortium member Vanderbilt University in Tennessee.

Humanity can gain substantial benefits from the “industrial internet”, Sztipanovits says, with the consortium ensuring frameworks and standards “come together into a cohesive whole”.

Not the least of the challenges will be soothing security concerns. A survey of 250 Australian small businesses in April found vulnerabilities resulting from the IoT were a concern of more than half of the sample.

“We are at the “precipice of a major technological shift at the intersection of the cyber and physical world.”
James Sztipanovits, Professor of engineering, Vanderbilt University

Yet the survey, part of wider research by online security firm AVG Technologies, also found more than 80 percent of respondents consider the IoT an opportunity. The Australian businesses were among a total sample of 2000 in the UK, the US and Canada.

“We as vendors now have a responsibility to demonstrate to them that IoT will give them mobile access to a 21st century world of devices and data that, if managed safely and efficiently, will radically enhance their day-today operations,” says AVG Australia security adviser Michael McKinnon.

There’s a receptive market out there, says IDC.
“Businesses are taking the necessary steps to gain a deeper understanding of IoT and the overall value,” says Vernon Turner, the analyst firm’s head of IoT research.

“Technology vendors are evolving their solutions in a supply-driven market that’s edging towards becoming a more demand driven market.”

All the signs are demand will be insatiable.