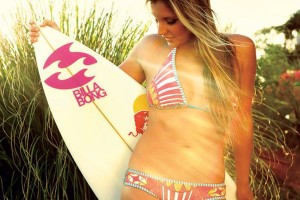 Lonji explained that Billabong, now headquartered in Los Angeles but listed on the ASX, was aiming to fast track the integration of its e-commerce systems across its marketing, distribution, wholesaling and retailing business.

The technology transformation is one of seven strategic pillars the company is leaning on to drive its recovery. Billabong was described as being “on its deathbed” in 2013 after a collapse saw store closures, layoffs and valuation write-downs across the business. Billabong CEO Neil Fiske in a press statement said, “We look forward to working with NetSuite to build an industry-leading global platform that creates a seamless customer experience across all of our channels, including wholesale.”

The retailer handles a stable of brands in the apparel, accessories, eyewear, wetsuits and hard goods categories including Billabong, Element, Von Zipper and Kustom. The new solution will allow a single order management and POS platform to handle all in-store, online and B2B sales and inventory. In the warehouse, Billabong will retain its existing legacy ERP platforms during the rollout, and eventually replace them with NetSuite, or outsource.

Billabong CTO, Kadima Lonji, explained that the project will be delivered in the US where most of the senior management team is based. The NetSuite professional services team will also be engaged to deliver the project. As to costs, “significant and serious funding and resources are being provided to deliver the solution,” was as far as he would be drawn. He identified the key risks as keeping the scope tightly contained, and handling change management with the 4000 staff.

“From experience 90 percent of staff will get on board while 10 percent remain reticent and cautious, but can have a loud voice inside the organisation, so it is important we handle issues and make sure concerns are addressed,” he said.

Competing vendors in the deal were Demandware and Hybris, the latter being a solution that Lonji had implemented several times before. NetSuite won the deal on the back of its single suite covering point of sale, e-commerce, inventory and call centre processes. According to Lonji, moving to the cloud was a major decision.

“A lot of angst and time was spent on going to the cloud – the management team needed to get comfortable with having our data going out externally,” he said.

Sourcing and stock replenishment into warehouses had very specific complexities and so will remain external to the new solution. Planning was another challenge and Lonji is considering a specific third party tool that would plug in to NetSuite to automate planning processes currently completed in Excel.

NetSuite has been beating the “omnichannel commerce” drum loudly at its SuiteWorld conference this week as it establishes itself as a serious player in the rapidly growing retail e-commerce sector. Billabong will be one of NetSuite’s larger customers but not the largest after Nelson also announced another deal with American Express Global Travel. The project is on a five-month “defined design” phase before the build and delivery rollout across stores begins from September. Hayden McCall travelled to SuiteWorld courtesy of NetSuite.